A management consultant who secretly filmed himself having sex with his girlfriend told a court he was only trying to improve his performance. Graham Gibbons, 42, who specialises in "time and motion engineering", set up his mobile telephone beside the bed to film himself making love to his then partner. He then downloaded the recording to his laptop and gave his professional judgment on his bedroom skill. However, the woman, who cannot be named for legal reasons, called the police after discovering the film and Mr Gibbons was arrested for voyeurism.

He told officers: "After studying the tape I gave her 20 minutes of sexual satisfaction, five minutes of intercourse and another nine minutes of sexual satisfaction." Cardiff Crown Court heard that Mr Gibbons specialises in the science of making businesses more efficient by studying people at work. Mr Gibbons claims he was using his expertise to "evaluate his performance" with his sexual partner. However, she told police officers that she was unaware he was filming them having sex at his home in Pontypool, south Wales, and was "outraged" when she found out. She then ended their relationship. 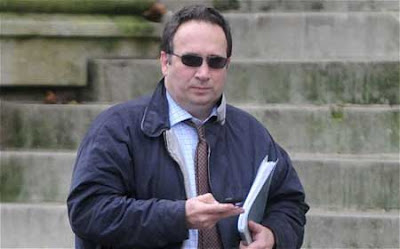 Hywel Hughes, prosecuting, told the court: "The filming was to determine who was spending the most time doing what and an analysis of a time and motion study. He was able to give police officers an accurate breakdown of time spent on different activities – giving them timings. In time and motion studies in employment people would be aware of what you were doing. But this was totally covert and she did not know what was going on." The court heard that the woman made a copy of the recording and handed it over to police officers before making a complaint about his behaviour.

The 35-minute video was shown to the jury, although Judge Nicholas Cooke asked members of the public to leave the court. He said: "It is my wish to clear the court but I cannot force anyone to leave – this is an unusual case." Mr Gibbons denies voyeurism, claiming he filmed his bedroom prowess as an "academic research" project. He also denied making the tape for sexual gratification or filming the sex scene to show to anyone else. The trial continues.
Posted by arbroath at 6:00 am
Email ThisBlogThis!Share to TwitterShare to Facebook

Well, hell...he takes the fun out of it.

No wonder she's mad! His excuse is almost as bad as recording without her consent.

I bet she has something to say about those "minutes" of "satisfaction" at the trial.

I've just found out that the jury believed him and found hin not guilty.

Indeed it's not a very nice thing to do and his alleged motives are downright weird, but I'm not sure he was doing anything illegal just so long as he didn't show the tape to anybody else.