A man who police say legally changed his name to Beezow Doo-Doo Zopittybop-Bop-Bop faces weapon and drug charges after he was found drinking and using drugs in the area of Reynolds Park on Madison's Near East Side on Thursday afternoon, Madison police said.

Police said Zopittybop-Bop-Bop, 30, of Madison, quickly put his hands in his pockets as police approached. The officers said they recognized Zopittybop-Bop-Bop from past incidents in which he was charged with carrying a concealed weapon and possession of drug paraphernalia. 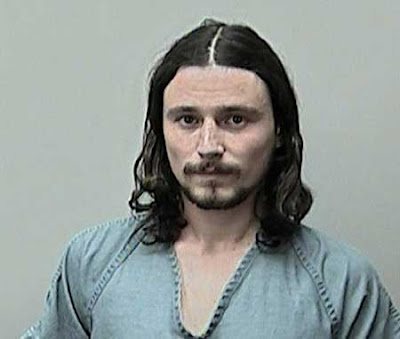 Police said he was on parole and had specific requirements making it illegal for him to carry any type of weapon. They said he had previously been charged with concealing a handgun, but on Thursday he was carrying a knife.

A very easily amused fool, getting his jollies hearing others sound stupid while saying his name. I am not optimistic for his prospects. --a.

It's illegal to possess drug paraphernalia rather than the drugs themselves? Wow, that's some country!