A dog sent in to subdue an unruly suspect at a Kfar Saba police station in Israel was bitten by the man and required medical treatment.

The man was initially detained for breaching a restraining order issued by his spouse. When police were called in to the woman's home, the suspect threatened to jump out of a window and attempted to assault an officer with a screwdriver. 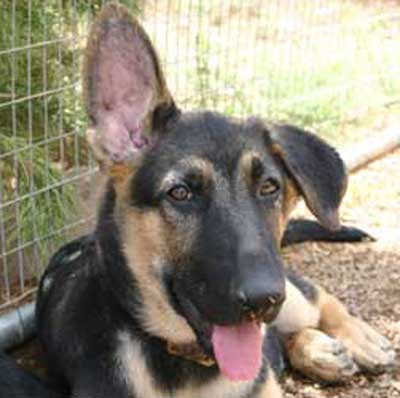 Police detained the man and took him to the station, where he again became unruly, prompting officers to send in the dog. According to officers, the dog managed to bring down the man, but the suspect did not give up and proceeded to bite the animal. The dog was taken to a veterinarian for treatment.

The modified indictment against the suspect includes, on top of breaching the restraining order, insulting police officers on duty and assaulting a police dog. Police asked judges to keep the man in custody until the end of legal proceedings. Officials said the man denied the actions attributed to him and claimed he does not remember the circumstances of the event.
Posted by arbroath at 4:02 am
Email ThisBlogThis!Share to TwitterShare to Facebook