'Careless Norwegian driver' gets 7 years for US toe squash

In a case described by Norway's consul as ”shameful for the United States”, a Norwegian man who injured a woman’s toes after driving the wrong way down a one-way street was sentenced on Tuesday to seven-and-a-half-years in jail. John Kristoffer Larsgard, 33, was found guilty of aggravated assault after he was accused of using the car he was driving to attack six people, two of them children, in Winslow, Arizona. Accompanied by his mother, Larsgard drove the wrong way down a street thronged with festival-goers on September 24th last year. En route to Chicago, the pair were seeking to recover their luggage after their previous rental car had broken down on the outskirts of the town. As angry locals remonstrated with Larsgard, one man reached into the car and punched the Norwegian in the face, breaking his nose. Seeking to get away, Larsgard drove over one woman’s toes, while another woman suffered grazing as she leapt out of the way. 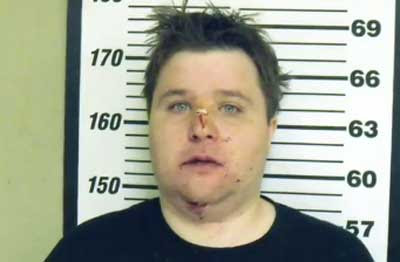 Before making good his escape, Larsgard reversed into a store occupied by a woman and a child. Although he did not hit them, witnesses described the incident as threatening and potentially lethal. The Norwegian was arrested and has spent the last seven months in prison, mainly sitting in solitary confinement as he awaited his trial. He claims to have been treated by prison staff as one of their most dangerous criminals. According to the court, Larsgard acted with intent when he drove into the crowd. But the 33-year-old remains insistent that he was only trying to get away. Several witnesses came forward with emotional testimonies, accusing the defendant of threatening to kill them after his nose was broken. Larsgard denied this. “In my view, the police and prosecutors have overreacted in this case,” Larsgard said on the sidelines of the sentencing hearing in Hoolbrok, Arizona.

Back in the courtroom, Michael Mendoza, the man who had broken Larsgard’s nose, left the building in protest, but not before he had turned around and given the Norwegian the finger. Larsgard meanwhile put forward his version of events. His lawyer asked for the manacles to be removed from his client’s hands and feet but the judge refused, citing security concerns. “I panicked. I had to get away from there. I’m very sorry that people think I was trying to go after them. If somebody had called the police and told them I’d driven irresponsibly, I would definitely have stopped. But suddenly I was pushed and punched in the face. There were people everywhere and it was difficult for me to see what was happening.” George Olander, a professor of economics who has acted as Norway’s honorary consul in Phoenix since 2005, described the case against Larsgard as “completely crazy”.

“The whole case is shameful for the United States. He should have received a fine or something similar for careless driving,” said Olander. The consul added that he was astonished by Tuesday’s guilty verdict. “There’s no proof; nor is it even probable that Larsgard tried to injure or kill anybody in Winslow. The case is completely crazy. Having attended parts of the court case, I’m shocked that he has been convicted,” said Olander. Described by Norwegian media as one of the country’s unluckiest citizens, Larsgard was kicked out of the University of South Alabama ten days after the terrorist attacks on the United States in September 2011. A student of biochemistry, he was told the university did not want foreign students experimenting with materials that could be used to create biological weapons. Although he had previously been cleared of a public order offence in another state, the university still considered him potentially dangerous.
Posted by arbroath at 6:07 am
Email ThisBlogThis!Share to TwitterShare to Facebook

And yet we here of incredibly light sentences for US natives who kill people with their cars. No bias at all in the US.

Can the police do anything other than shout and run around with drawn guns?
Friggin clowns

Something tells me he can't be extradited to a decent country as these days extradition treaties only seem to be one way.. to the USA. I used to spend quite a bit of time in the states but for the last few years I wouldn't go back there if you paid me.

I've never heard of this guy, this incident, or this apparent suburb and I live close to Chicago. But it sounds like the guy had a previous criminal record, so they probably used that against him. People generally don't start attacking someone for driving wrong. I suspect someone told him he was in the wrong and he freaked the fuck out (I'm citing his previous public order offence). That being said this sentence is very harsh. Fine him, and if we really think he's so dangerous deport his ass. I had a job inputting charges and sentences for a criminal background check company and from what I've seen child rapists seem to be getting a lot of probation and counseling when what they need is a bullet between the eyes so yeah, this guy's sentence is a little over the top. And I know I let out alleged stereotypically brutal American sentiment, but fuck it. I won't shed a tear if we start offing the child bangers.

The guy clearly deserves some kind of punishment for dangerous driving (and utter stupidity), but a custodial sentence of 7 years, that's just bizarre.

7 years for injuring some toes, whilst Anders Breivik gets 21 years for 77 murders.
Something's wrong here.

Not so strange the us is becoming more and more like a developing country. i hope usa recover and come back where they used to be in the 1950s, its sad to see a country you love become a bana republic over few years