A portable meth lab exploded in an Oklahoma man's trousers on Friday during a scuffle with a state trooper. 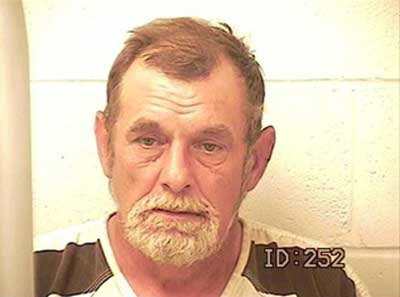 David Williams ran from a police officer who noticed a chemical smell as he was issuing a speeding ticket to the driver of the SUV that Williams was a passenger in.

The officer caught up with Williams and in the ensuing struggle, an "active meth lab" he had been hiding in his trousers burst, Oklahoma Highway Patrol trooper Shiloh Hall said.

Police closed 221st Street in Okmulgee County, about 90 miles east of Oklahoma City, to clean up the scene. Although meth was dripping down Williams' leg, he was uninjured. He was arrested on a complaint of manufacturing a controlled and dangerous substance.
Posted by arbroath at 6:08 am
Email ThisBlogThis!Share to TwitterShare to Facebook