A 72-year-old man is accused of threatening his neighbour with a gun for farting outside his apartment, police said.

Daniel Collins Jr. is accused of pointing a silver revolver at his 47-year-old neighbor in the vestibule of their Cedar Lane apartment building and saying, “I’m going to put a hole in your head.” The confrontation occurred after Collins said his neighbour farted as he walked in front of Collins’ apartment, said Detective Lt. Andrew McGurr. 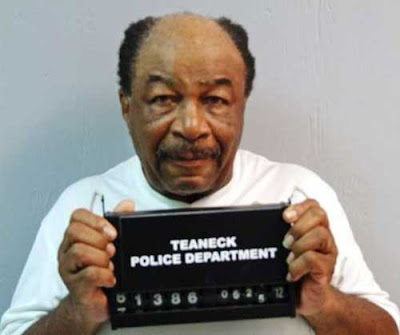 Collins told detectives he heard the un-neighbourly act from inside his apartment. The neighbour called police, who found a revolver under the front passenger seat of Collins’ vehicle. The gun, a .32-calibre Taurus revolver, fit the description the neighbour gave investigators, McGurr said.

Collins was charged with aggravated assault, unlawful possession of a firearm, possession of a weapon for an unlawful purpose and terroristic threats. He was released on his own recognizance, McGurr said. The men had an ongoing dispute stemming from noise complaints, McGurr said.
Posted by arbroath at 6:06 am
Email ThisBlogThis!Share to TwitterShare to Facebook