A determined pensioner whose ambition was to reach her 100th birthday died just ten minutes into the big day. Agnes Allison McNaughtan, of Paisley, Scotland, passed away at 12.10am, just hours before a huge family party to celebrate the landmark occasion.

She had been planning the big day ever since turning 90 and staff at her care home claim it was 'all she ever talked about'. Her family said they believe she clung to life just long enough to reach her century, and they pushed ahead with her birthday party as a mark of respect. Her nephew Hugh, 65, paid tribute to his auntie who died at her care home in Paisley, Renfrewshire, Scotland, on Wednesday. 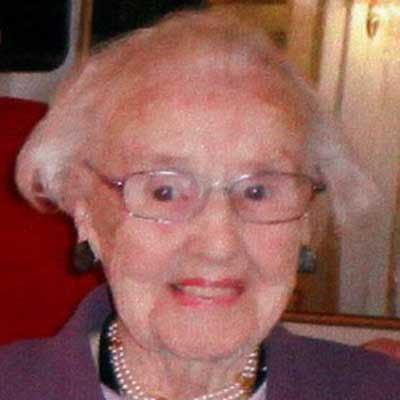 He said his auntie, known as Nessie, came from a long line of relatives who lived to old age and she had her heart set on celebrating the milestone age. 'She had been determined to reach 100 since her 90th birthday,' he said. 'Her entire family has lived well into their late 80s and 90s and she really wanted to be a centenarian, it’s all she talked about.

'She was a remarkable lady who was still playing tennis in her 80s and driving until she was 95. And even then it’s me that had to tell her to stop. She died at 12.10am and we are sure she deliberately clung on until after midnight. We still had a party at the care home, I think that’s what she would have wanted.'
Posted by arbroath at 6:03 am
Email ThisBlogThis!Share to TwitterShare to Facebook