A 35-year-old man faces charges after State College police said he tried to shoplift a $6 sausage by stuffing it down his trousers. The man’s name has not been released by police because the charges are pending.

He’s going to face a misdemeanor charge instead of a summary because he has a prior retail theft offence, police said. The incident happened late on Thursday night at Giant Foods on East College Avenue in College Township, Pennsylvania. 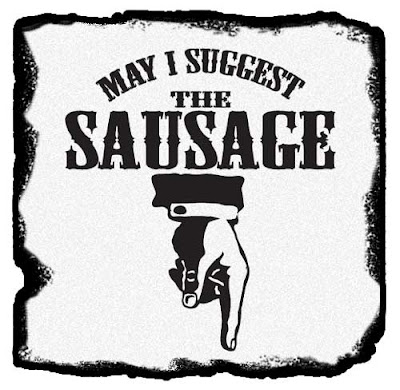 Police said a store manager saw the man unwrap the sausage and put it down his pants. The man later paid for other merchandise, but when he went to leave, store management confronted him.

The man tried to get away, police said, but he ended up cooperating. The sausage was destroyed because it was taken out of the wrapper.
Posted by arbroath at 6:02 am
Email ThisBlogThis!Share to TwitterShare to Facebook