Bernalillo County officials said they're baffled after someone stole the stripes off the bottom of the Paradise Hills swimming pool in Albuquerque, New Mexico. 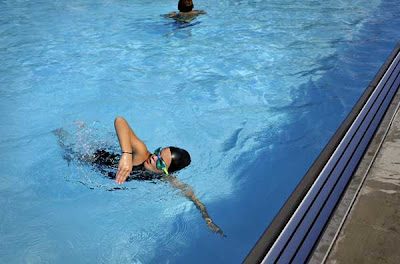 The sheriff's office is investigating, but there are no leads so far. Officials believe it took more than one person to do the job. The crime was not caught on camera because officials said there hasn't been enough crime in the area to warrant surveillance.

Swimmers are surprised about the theft. "What would you do with them? There's nothing to do with them after you steal," swimmer Kim Lyons said. Officials said it's going to cost $2,000 to replace the stripes.