A 26-year-old factory worker in China was cleaning his underpants with an industrial strength air pump when a slip of the wrist accidentally sent highly pressurised air rushing up his backside. The man said that when the hose came into contact with his buttocks he didn’t “feel anything special”, but afterwards began to experience an intense pain in his abdomen.

It appears that the air had shot into his colon, bursting it and causing his entire abdominal cavity to swell and put pressure on his remaining organs. Co-workers at the unnamed but reportedly major company transported the man to Sun Yat-sen University Sixth Hospital in Guangzhou where he received a CT scan. The scan revealed that a massive amount of air was inside him and his condition was deemed “urgent.” 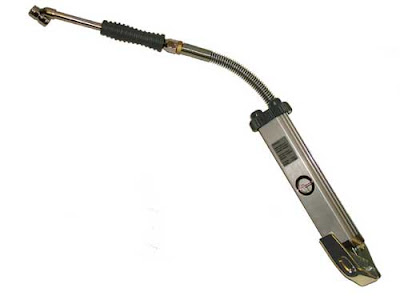 He was immediately sent into the operating theatre. When the doctor made the first incision a pop was heard as the air rushed out. After that, it was a matter of cleaning out the bile that entered his body from his burst colon and posed a risk of serious infection. When he was all cleaned up six hours later the surgeons stitched his colon back together.

The man spent four days in intensive care and, though he can now eat and drink again, he currently remains in hospital under observation. When interviewed, doctors said that the man was extremely lucky. Even the slightest bit more air entering his anus would have damaged his diaphragm and other organs, putting his life in jeopardy.
Posted by arbroath at 6:03 am
Email ThisBlogThis!Share to TwitterShare to Facebook

There always needs to be quotes around the word "accidentally" in stories like this...

Fair point, although I do always like to give people the benefit of any doubt. ;)

Gosh, I hate when that happens.
Um huh...yeah right.

I see what you did there John B.