Vampire on the loose fears boosts garlic sales in Serbia

Sales of garlic are booming in western Serbia after the local council issued a public health warning that a vampire was on the loose. The warning came after an old ruined mill, said to once have been the home of notorious vampire Sava Savanovic, collapsed. Savanovic was said to have lived in the old watermill on the Rogacica river, at Zarozje village in the municipality of Bajina Basta where he drank the blood of anybody that came to mill their grain.

The watermill was bought by the local Jagodic family, and they were too scared to use it as a mill - but discovered it was a goldmine when they started advertising it to tourists.  But the family were worried about carrying out building work on the mill because they were scared they might disturb the vampire or unleash his wrath if his home was messed around with - and now the property has collapsed through lack of repair. 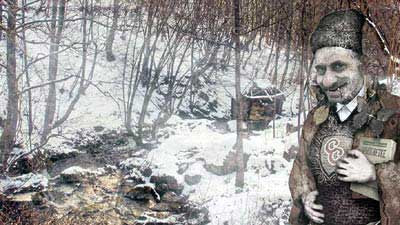 For locals it has sparked rumours that the vampire is now free once again. Local mayor Miodrag Vujetic admitted: "People are worried, everybody knows the legend of this vampire and the thought that he is now homeless and looking for somewhere else and possibly other victims is terrifying people. We are all frightened."

He added that it was all very well for people who didn't live in the area to laugh at their fears but he said nobody in the region was in any doubt that vampires do exist. He confirmed that the local council had advised all villagers to put garlic on their doors and windows to protect them from the vampire as it was well known they can't stand the smell. He added: "We have also reminded them to put a Holy cross in every room in the house."
Posted by arbroath at 6:03 am
Email ThisBlogThis!Share to TwitterShare to Facebook

Oh, certainly bloodsucking, evil men exist: in my country we call them politicians.

And in my country we call them bankers.