Identical twins were killed by Belgian doctors last month in a unique mercy killing under Belgium's euthanasia laws. The two men, 45, from the Antwerp region were both born deaf and sought euthanasia after finding that they would also soon go blind. The pair told doctors that they were unable to bear the thought of not being able to see each other again. The twin brothers had spent their entire lives together, sharing a flat and both working as cobblers.

Doctors at Brussels University Hospital in Jette "euthanised" the two men by lethal injection on 14 December last year. David Dufour, the doctor who presided over the euthanasia, said the twins who died together had taken the decision to die in “full conscience”. “They were very happy. It was a relief to see the end of their suffering,” he said. 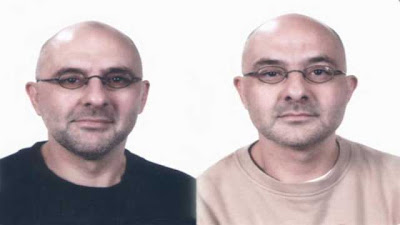 “They had a cup of coffee in the hall, it went well and a rich conversation. The the separation from their parents and brother was very serene and beautiful. At the last there was a little wave of their hands and then they were gone.” Under Belgian law euthanasia is allowed if the person wishing to end his life is able to make their wishes clear and a doctor judges that he is suffering unbearable pain. The case is unusual because neither of the men was terminally ill nor suffering physical pain.

Just days after the twins were killed by doctors, Belgium's ruling Socialists tabled a new legal amendment that will allow the euthanasia of children and Alzheimer's sufferers. The major and controversial change will allow minors and people suffering from dementia to seek permission to die. If passed later this year, the new law will allow euthanasia to be "extended to minors if they are capable of discernment or affected by an incurable illness or suffering that we cannot alleviate".

There's a news video in Dutch here
Posted by arbroath at 6:02 am
Email ThisBlogThis!Share to TwitterShare to Facebook

I agree with the euthanasia of Alzheimer's surfers, but not kids.