Sri Lanka has denied entry to a British tourist sporting a Buddha tattoo on his arm because he showed disrespect to Buddhism.

The unnamed Briton was turned back at Bandaranaike Airport on Friday. 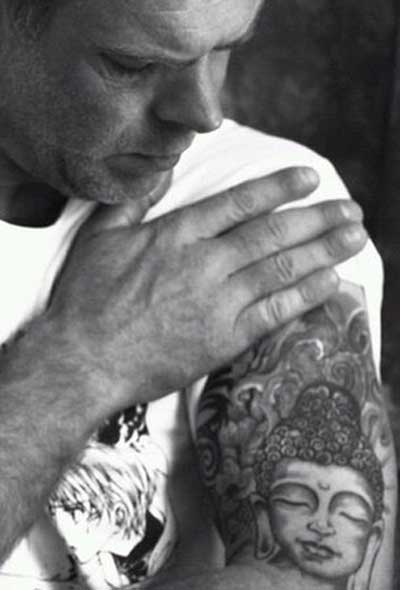 "When questioned about the tattoo, he spoke very disrespectfully about Buddhism,"an immigration official said.

"If he expressed such views after entering the country, it would have been a threat to his own safety." An airport official confirmed the report, but declined to give details.

Update: There's an interview wth the tourist, Antony Ratcliffe, 42, from Nottingham, here.
Posted by arbroath at 6:04 am
Email ThisBlogThis!Share to TwitterShare to Facebook

Religion is a mental illness.

"Let no false gods arm you"

Thats probably a a saying from the book of the people that live in the clouds..can't remember, woke up to the reality of the utter bulls hit when I was 13 and being taught by men in robes at a catholic school.
Praise be to my departed parents for listening to me and transferring me to a non fairy believing school the next year. Thank god. (Hahaha).