An unhappy Argentinian football fan had his unique say on the performance of his underachieving team. 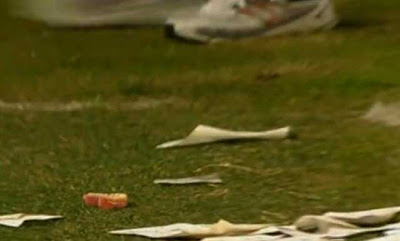 The Argentinos Juniors supporter, whose identity is still unknown, threw his dentures at manager Ricardo Caruso Lombardi after the home side collapsed to a fifth straight league defeat against Belgrano and slumped closer to the relegation zone. 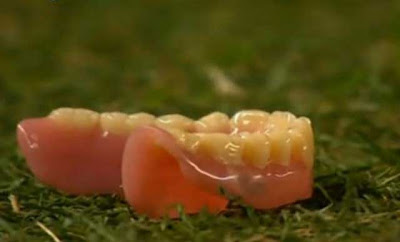 Martin Zapata's strike had given Belgrano a 3-1 second-half lead, and unrest began to grow among the crowd in the Diego Armando Maradona Stadium.

When the camera panned to manager Caruso Lombardi though, the director spotted something on the grass and zoomed in on the denture, sitting proudly upright just away from the playing surface.
Posted by arbroath at 6:12 am
Email ThisBlogThis!Share to TwitterShare to Facebook

Choke on these! LOL.