A woman apparently took an extreme measure to try to quit smoking, and it got her arrested. Etta Lopez, 31, is charged with assaulting a police officer. 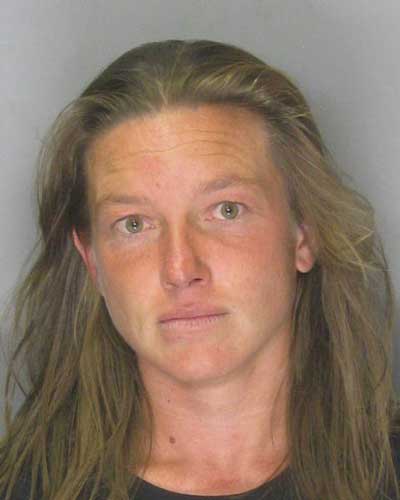 "It was totally unprovoked," Deputy Matt Campoy said. Out of nowhere, a woman purposefully blocked his way as he left his shift at the Sacramento County Jail, California. "All of a sudden she stepped into me and slapped me in the face," he said.

According to deputies, Lopez knew she'd immediately be arrested, and slapped a cop to kick a habit. Lopez allegedly admitted she sat in front of the county jail for hours intent on assaulting an officer to get arrested and be put in jail, where she would be forced to stop smoking cigarettes.

"There's easier ways to stop smoking besides hitting a cop," Roger Spearman, a neighbour, said. The neighbour Lopez says she does smoke a lot, and they used to smoke together. "I have not heard of something like that before," Kimberly Bankston-Lee with the anti-smoking group Breathe California said. "If it led somebody to doing something like that to quit, that lets us know in the community that we have a real problem."
Posted by arbroath at 6:07 am
Email ThisBlogThis!Share to TwitterShare to Facebook