Soap-stealing squirrels cause residents to demand trees are cut down

Tree are growing so close to homes in Kentish Town, north west London, that squirrels are stealing soap and shower gel from bathrooms. 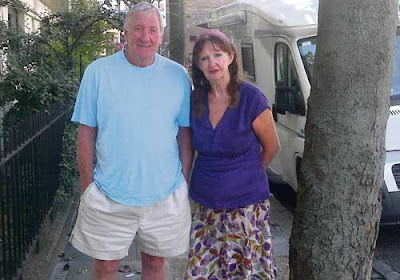 This is the warning from residents in Castle Road, who say Camden Council needs to intervene over trees which they say look like they “belong in the Brazilian rainforest”. The trees, a mixture of ash, sycamore and chestnut, were planted along the pavement in the 1970s, but are now causing “houses to crack apart”.

Johnny Murphy, 75, who has lived at a flat in Castle Road, for more than 40 years said the soap-stealing squirrels “must be the cleanest in Kentish Town”. He added: “Nobody knows where the stuff goes or what on earth they want to do with it, but we know it’s them because they’ve been caught red-handed in the past. 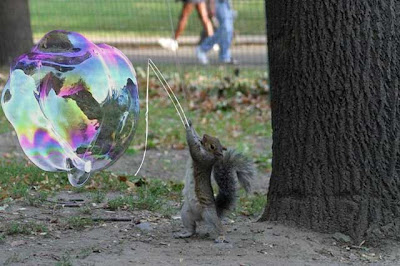 “No one can leave their windows open because you open one window and they spot it. They leap straight in from the branches.” Mr Murphy added: “Even if they don’t steal anything, who wants squirrels bouncing around in their bedroom? It’s because they have homes in the trees. These trees are horrendous and they’ve got to go.”
Posted by arbroath at 6:02 am
Email ThisBlogThis!Share to TwitterShare to Facebook

Does no one in England have window screens?

I've honestly never seen a window screen in the UK.

I'm not saying absolutely no one has them, but if they do they're extremely rare.

So - no screens. Are there no mosquitoes in London? If so, I am ready to move...

I'm not sure current window designs are suitable to fit screens to. I could be wrong, mind.

Also, apart from the past the weeks, the weather isn't great and most windows remain firmly closed.

There are mosquitoes in Britain, but not too many - and they currently don't carry diseases.

Thanks for the info Arbroath!

Moving into an area lucky enough to have trees which provide a cooling microclimate, good air quality and the increased quality of life/house value that comes with trees, it's not the time to complain about wildlife.
It's the time to move to the majority of places in the world - where there's NO trees.
These people are vandals of the worst sort - the ones that destroy everyone else's environment because they want a dead habitat for themselves.

Like most excuses used to kill the dwindling number of trees remaining in the UK, it's actually a myth that trees undermine houses.
Cracks appear due to parched soil. That's caused by people paving over their front gardens and by climate change.
The same two things also cause flooding.
Trees ameliorate both these things.

Perhaps the grumbly residents move to where there USED to be a rainforest.
There are lots of these places over the globe and they're increasing all the time. These places have no pesky squirrels but do tend to be dustbowls which are subject to flooding.
And - house prices are much cheaper there than anywhere near a tree.