A dog walker sparked a major search and rescue operation by calling out for her pet named Yelp. Police feared a woman had fallen down a former copper mine after a report of a female apparently crying out for help near the old shaft. Twenty officers, many with police dogs, along with a team of three mountain rescue workers, began scouring the hills and woods above Bridge of Allan, Stirlingshire, at about 8am on Monday. 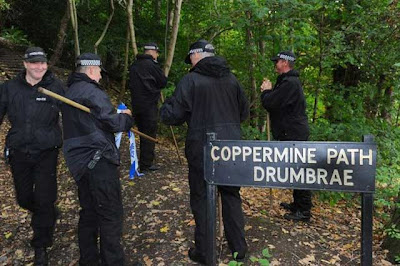 But the search was called off hours later after it emerged that a woman had been in the area with a mutt called Yelp. It’s thought another dog walker mistook her shouts for the dog as “Help”. Police Inspector Pat Scroggie said: “We are treating the search as precautionary.

“We have teams searching the hills accompanied with search dogs. We are very well versed in this type of thing. We are carrying out systematic searches of all sections of the hill. We arrived at around 8am and we will carry out the search till 5pm. We have spoken to a dog walker who was on the hill this morning with their dog, which was called Yelp.” 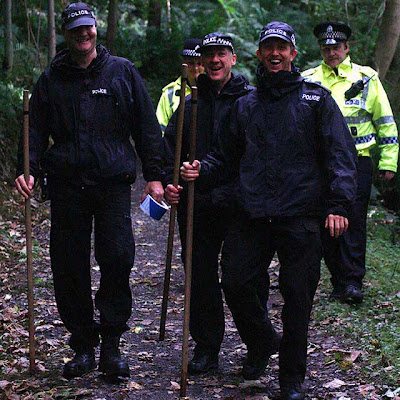 Due to the difficult terrain, police requested specialist assistance and a dog and handler unit from Fife Division, the Ochils Mountain Rescue Team and volunteers from the Search and Rescue Dogs Association were called to help search the area close to the local golf club. The long disused mine was worked intermittently from the 16th century and at one time, copper from it was used in the mint at Stirling Castle.
Posted by arbroath at 6:01 am
Email ThisBlogThis!Share to TwitterShare to Facebook