A woman in the southern Spanish city of Córdoba has been remanded in custody after she gave her soon-to-be ex-husband a beating and a biting to remember. The 36-year-old woman allegedly left her husband battered and bruised during a 45-minute-long beating.

Córdoba's Criminal Court heard how the attacker pushed her husband to the ground and began punching and kicking him. "She tried to stick her fingers in his eyes and kicked him in the head, chest and back," the public prosecutor told the court. The woman then grabbed an unidentified object, thought to be an ashtray, and hit the man over the head with it. 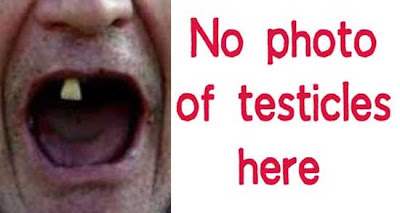 The scuffle took an even more violent turn when "she put a rope round his neck, tightened it sharply and bit his ears and testicles," the prosecutor added. "She then ripped out several prosthetic teeth from the man's mouth." After 45 minutes the victim managed to escape to the house patio and alert a neighbour.

It wasn't the first time the woman had been in court for family-related violence. In May 2012, she was charged with physical abuse and given a 500-metre restraint order from her husband for a year and three months. The couple are currently finalizing their separation papers. The case's public prosecutor is asking for four years jail time for inflicting bodily harm and an extended five-year restraint order.
Posted by arbroath at 6:00 am
Email ThisBlogThis!Share to TwitterShare to Facebook

That's got to be attempted murder.

She's gonna go after him when she gets out of jail. She needs something to refocus her energy.

Much as I favor equal rights for women, I don't extend that to spousal abuse. All spousal abusers (and child abusers) should suffer equally. As she doesn't have testicles, they should add extra time to her term to even things out.