A man bought a first-class ticket and used it to have free meals and drinks at an airport’s VIP lounge almost every day for nearly a year.

The itinerary for the ticket was found to have been changed more than 300 times within a year, and the owner of the ticket used it to enjoy the facilities at the airport’s VIP lounge in Xi’an in Shaanxi, China. 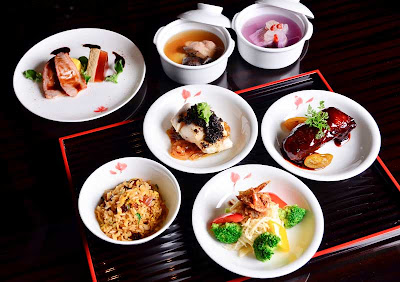 The case was discovered by a China Eastern Airlines staff member, who then decided to investigate.

When the ticket’s validity was almost up, the passenger cancelled it for a refund. An airline spokesman said there were no means to stop this act, even if it was done on purpose.
Posted by arbroath at 6:03 am
Email ThisBlogThis!Share to TwitterShare to Facebook

I disapprove of this type of scamming on principle, but this is brilliant, regardless. I especially love the fact they got their money back in the end.

The man must be living really near the airport otherwise the effort wouldn't be worth it.

I heard of something similar from a friend. His college classmate bought a fast food meal from a nearby branch that provides free soda refills. The classmate kept the giant paper cup after he finished his drink and use it for free refills ever since.

I did the free-refill drink thing for a while with a local sub shop. If you rinse and dry the cup after it's empty, it will last for a loooong time. If you don't, the soda will eat through it.

Wow, gotta get me some of that what the Americans call soda !

This is unethical and is just bad for business. China Eastern Air already is an economical airline giving low rates compared to other airlines. Having said that, I don't feel too sorry for them since their service sucks. They aren't punctual and don't provide the best experience.

It costs money to change the dates on a ticket, so he surely would have spent just as much as a meal would have cost, each day changing the dates?

do you have source?

What is wrong with us?
Do we applaud bad behaviour and call it smart?
It is our humanity that is at stake.
If we know something is not right, we should not do it.

I wondered if he had to be xrayed just to eat at the airport. 300 times through the airport xray machines in a year can't be good for you...

I used to take the office staff (3 plus me)to the Air New Zealand Koru Club at Auckland Domestic Airport during lunch time, gold elite could bring 5 guests and you didnt; need to travel. our office was very close to the airport

I don't really buy this story. How can you get into the airline lounge if you don't check-in first? Unless there is a lounge in the check-in counter?

I don't buy this story. Who has the money to buy a fully refundable First Class Ticket yet doesn't have the money to buy meals for himself? And if they have that kind of money, how do they possibly have that kind of time to waste going back & forth to the Airport just to grab a free meal? The only way this makes sense is if the person involved worked at the Airport already :-/

Abbi, You have a good point that it may well be someone working at the airport. They certainly must be very close. However, there are ways of getting the money for your ticket for free: buy it on credit and then transfer to one of those cards that charge no interest for transfers, then get your ticket refund before the card starts charging. If you are smart, you can do it. Takes a lot of effort though!

You are correct, ten years ago I was ticket staff, and there's a validity for any tkt issued especially if the passenger he will travel in same day and the passenger he can not refund the tkt 4hrs prior to departure, so there's a validity conditions fir the tkts... However maybe he knows someone in the airline do it for him for free, otherwise the staff agent he will pay from his own

Thinking out of the box. Good point.

You can sleep at the lounge days or weeks