A man bludgeoned his wife to death before killing himself over fears their home was blighted by Japanese Knotweed, an inquest heard. Lab technician Dr Kenneth McRae, 52, battered partner Jane, 55, with a bottle of perfume as she lay in their bed, causing fatal head injuries, at their home in Rowley Regis, West Midlands. In a suicide note, he said he killed his wife because the balance of his mind had been ‘disturbed’ by knotweed at their home. 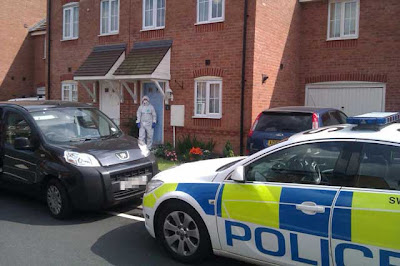 He wrote: “I believe I was not an evil man, until the balance of my mind was disturbed by the fact there is a patch of Japanese Knotweed which has been growing over our boundary fence on the Rowley Regis Golf Course.” The disturbed doctor claimed golf course managers had been made aware of the problem but nothing had been done. After trying to curb the weed’s growth unsuccessfully, he said the risk of structural damage and legal battles “led to my growing madness”.

He added: “Jane and I were a very private couple, we chose to have no real friends, just enjoying each other. But the despair has got so bad that today I have killed her, as I did not want her to be alone without an income when I killed myself.” An inquest at Smethwick Council house ruled Dr McRae unlawfully killed his wife before committing suicide. A police investigation found she may have lain dead in bed on the second floor of the three-storey house for up to a week. Dr McRae had been found with wrist and neck injuries on the first floor of the home. 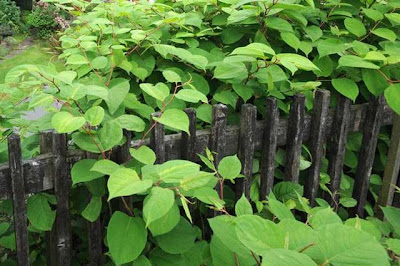 Police had broken into the reclusive couple’s home after concerns were raised by the Dr McRae's colleagues. Black Country coroner Robin Balmain said it appeared Dr McRae had suffered from paranoia over the knotweed, which was NOT found on their property, although a patch of the plant had been discovered nearby. Mr Balmain said; “This is clearly a tragedy. It appears he became obsessed with Japanese Knotweed in the vicinity, which was not even on his property. “It is perfectly clear he chose to kill his wife. It is difficult to understand what was going on in Mr McRae’s mind. “For whatever reason he killed his wife and then himself.”
Posted by arbroath at 6:00 am
Email ThisBlogThis!Share to TwitterShare to Facebook