After confusing a porcupine with an opossum, Antonio Rodrigues Mororó, 50, from Niterói, Rio de Janeiro, Brazil, was left with almost 400 porcupine quills stuck in his hand. 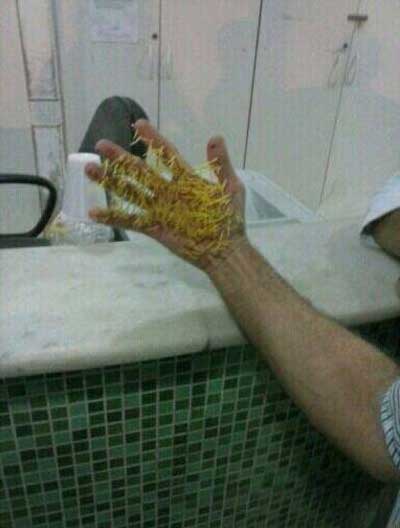 During a party at Mr Mororó's home, one of his son's said that his pregnant wife was afraid to enter the house because the animal was sitting on a wall by the entrance stairs. 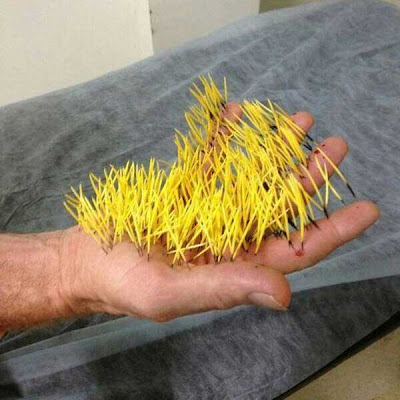 So, in a bid to remove it, Mr Mororó slapped the animal, resulting in him receiving a handful of quills. He was taken to the Emergency Unit of the local hospital and despite three shots of anaesthetic, the pain continued. 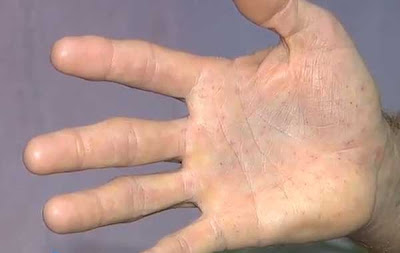 Following a tetnus jab and a course of antibiotics, Mr Mororó is recovering, albeit with a hand full of holes. Neighbours have reported that the porcupine is still living in the neighbourhood.

There's a news video in Portuguese here.
Posted by arbroath at 6:03 am
Email ThisBlogThis!Share to TwitterShare to Facebook

Roflmao! That's what you deserve, sucka.