When Bobby Stacey reviewed footage from a newly installed CCTV camera outside his home in Skelmersdale, Lancashire, he was surprised to see two middle age-looking women creeping along a footpath and making off with bundles of his neighbour's freshly laid lawn. 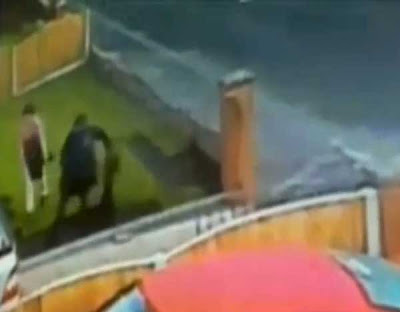 They returned again and again and on each occasion, pulled up large sections of the turf before hurriedly carrying it down the street until more than half of the new lawn was pilfered. "I couldn't stop laughing," Mr Stacey said. "I was annoyed at the same time though. The reason I got the CCTV in the first place is because my shed had been broken into a few weeks earlier and a load of tools were stolen.

"So I put padlock on the shed. Then the thieves came back and used my own bolt cutters to cut the lock and steal a mountain bike. It's just cheeky." Mr Stacey said his neighbour had spent the previous day laying the new grass. "The guy spent all day levelling that ground, making it look good and then to come out the next morning and it's gone. It's just terrible."

Lancashire Police confirmed the incident was reported to them. "Police have investigated this incident," a spokeswoman said. "We're at the stage that there are no further lines of inquiry but would appeal to anyone with information to come forward." Mr Stacey said the thieves moved in on the turf shortly after 5am and that the theft took around 40 minutes to complete. "They even took a cigarette break," he said.
Posted by arbroath at 6:02 am
Email ThisBlogThis!Share to TwitterShare to Facebook