Hippo mistaken for dinosaur after jumping from truck

A hippo that panicked while being transported by truck in Taiwan jumped from the vehicle, breaking a leg and causing confused residents to report spotting a dinosaur on the loose. 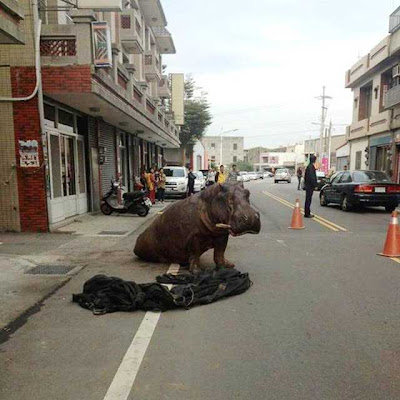 The enormous animal jumped through a truck window and landed on a parked car before falling on to the road on Friday. The sound of the collision startled people nearby who flocked to see the animal and contacted the police in central Miaoli county. One woman said that she ran out of her house after hearing the crash and thought she saw a dinosaur lying on the road. 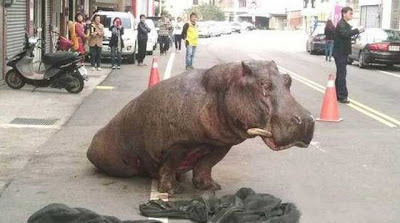 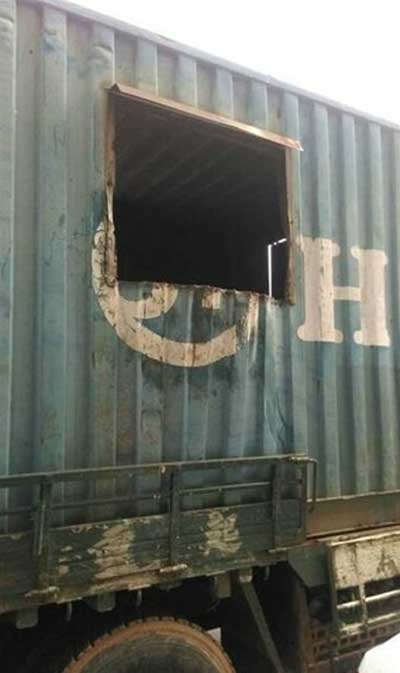 The truck driver said that he saw the hippo "flying out" of the vehicle after getting spooked during the drive. The injured animal, named "A Ho" after the Chinese name for hippo Ho Ma, lay on the road for several hours before being put into a cargo container and taken back to its farm in central Taichung city, officials said.

A Ho is a star attraction at the farm and appeared in a popular television soap opera several years ago. Taiwanese authorities said that the animal's owner could face a fine of up to Tw$75,000 (£1,550, $2,400) for violating animal protection laws after the hippo suffered a broken leg and damage to its teeth.
Posted by arbroath at 6:02 am
Email ThisBlogThis!Share to TwitterShare to Facebook

This story is devastating. Why is this poor hippo living this way, so ill cared for? This really breaks my heart.

Somebody should inform Palin that dinosaurs are still amongst us.