A Florida man told police officers he trashed his girlfriend’s car because he “snapped” when she told him his dead grandmother would appear in his dreams and commit unusual sex acts involving him and an adult toy.

The damage that Casey Molter, 28, is accused of causing to his girlfriend’s 1997 Nissan Altima appeared to be the culmination of issues between the two, according to Indian River County Sheriff’s records. Investigators went to an address in Vero Beach at about 7:45 a.m. on Nov. 24, where Molter and his girlfriend had been living for a few weeks. They explained that law enforcement officials were called earlier in the morning when they got in a physical altercation. 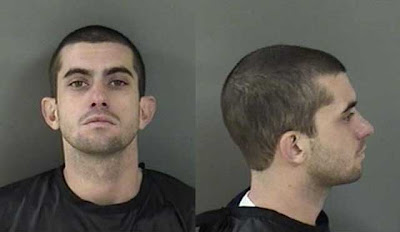 During the fight, Molter damaged the girlfriend’s car and smashed her cell phone. In this earlier incident, the girlfriend said she wanted to press charges against Molter for damaging the car and phone. She left the scene and returned later to find additional damage, including a broken passenger side mirror, deflated tyres, a used prophylactic, and “love notes” on the hood and windscreen. When a deputy questioned Molter, he said his girlfriend is a “‘spiritual person’ and can tell a person about their dreams.”