Intruder got stuck upside-down in window for five hours

Two students helped police catch an intruder who they found stuck in the window of a building at Nottingham Trent University. Dan De-Niet, 20, and Tom Burdett, 19, found the man crying and screaming as he was wedged in the Arkwright building. 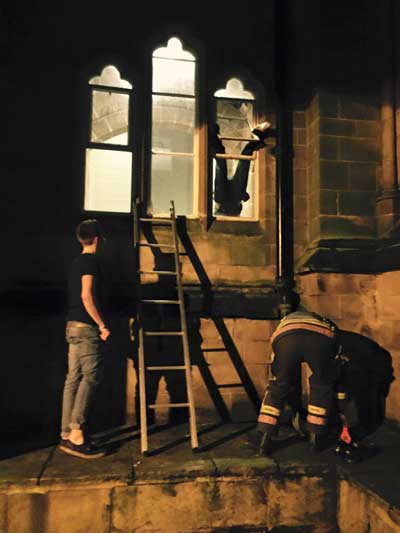 The pair were coming back from a night out at 2:30am on Friday morning when they heard the hapless local. They originally thought that the man was a drunken student, but when he told them he was 27-years-old they realised that it was highly unlikely. Dan said: “I was unsure where the noise was coming from but when I looked up and found him screaming and crying.” 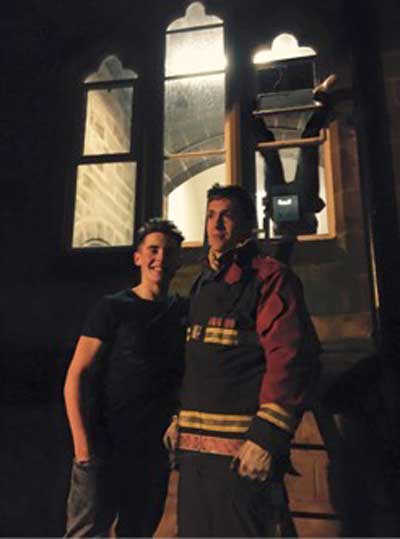 The man, who was clearly in agony, told the students that he had been stuck in a handstand position half in, half out of the building for five hours. Dan phoned 999 and soon there were police, firefighters and university staff on site. Tom, said: “The police arrived and started pissing themselves laughing and taking selfies with him before they did anything.”

Firefighters were forced to break the window to free the man. Nottinghamshire Police spokeswoman later said that Carl Attar, 27, had been charged with burglary in a building other than a dwelling.
Posted by arbroath at 6:00 am
Email ThisBlogThis!Share to TwitterShare to Facebook