After Sarah Ericsson hung up balloons in the shape of the number '21' for her birthday, her home in Sweden was paid a visit by police officers who thought they stood for 'IS' and had been put up by supporters of the Islamic State extremist group. "It was a little strange," the 21-year-old student said. 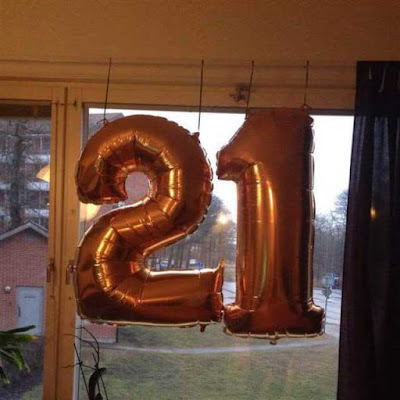 She was already in class on Monday when her boyfriend Fabian Åkesson, who was staying at her home in Karlskrona, received a visit from police. A passer-by had called them after looking through the window at two balloons pushed together to make the number '21' and confusing their reverse image with the letters 'IS', which the extremist group also known as Isis and the Islamic State often uses as part of its propaganda.

"We understand why someone would report it if they thought it looked like IS-propaganda, although everyone else just thought it looked like the number '12' from outside," Ericsson said. Her boyfriend Fabian Åkesson explained that he was stood looking out of a window brushing his teeth on Monday morning when he noticed several police cars outside the house and then heard a knock on the door. When he went to open it, he was greeted by three police officers, who quickly realized that they had made a mistake. 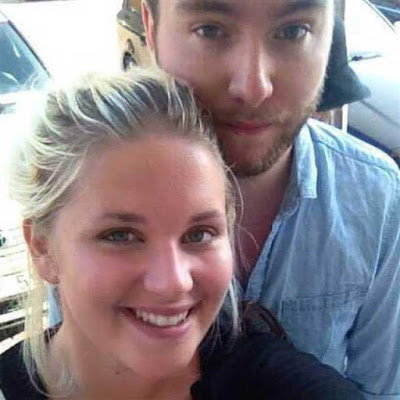 "I laughed about it and they showed me a photo that they had taken where from their perspective, it did almost look like the letters IS," he said. But despite police accepting the error, Åkesson said he was still asked to remove the balloons from the window. "They asked me to take down the balloons to avoid further misunderstanding. We laughed some more about it all and they wished me a nice day, and wished my girlfriend a belated Happy Birthday," he said. "Extremism should always be taken seriously, and we did take the balloons down immediately," added Ericsson.
Posted by arbroath at 6:03 am
Email ThisBlogThis!Share to TwitterShare to Facebook

Terrorism only in the mind of the small-minded.