A Swedish town’s snub of a statue depicting a lady lashing out at a Nazi supporter with her handbag has sparked a creative protest, with handbags mysteriously appearing on statues across the country. 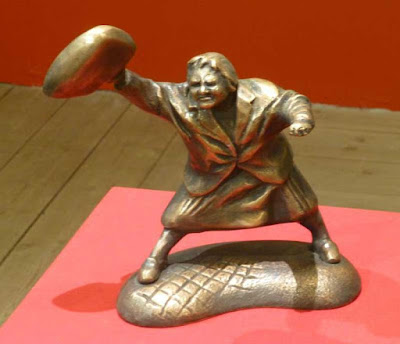 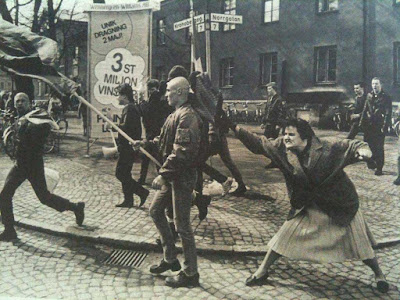 Inspired by a photograph taken in 1985, a statue of the woman with her handbag in full swing was set to be installed at the main square in southern Swedish town Växjö. But the council’s culture committee changed their decision, claiming the statue promoted violence. 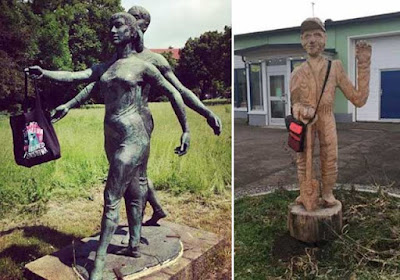 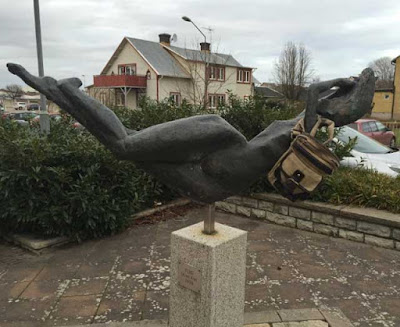 Meanwhile, other councils have offered to put up Swedish artist Susanna Arwin's statue instead. “If Växjö don’t want it, send it to us,” Malmö councillor Nils Karlsson said. And Sigtuna councillor Dan Rosenholm said: “We have phoned the artist and told her we would like the statue. 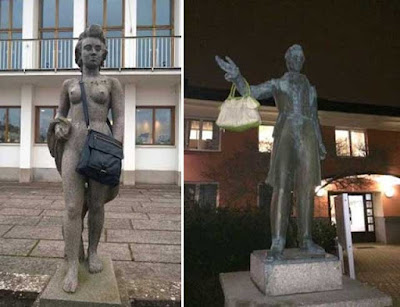 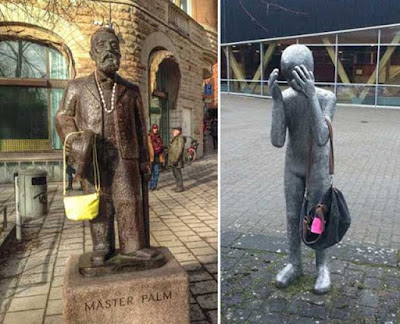 “We want to praise people with civil courage and fundamental democratic values.” The photograph of Polish-born Danuta Danielsson swinging her handbag at a Nazi demonstration was taken by Hans Runesson and has been voted Swedish picture of the century.
Posted by arbroath at 6:04 am
Email ThisBlogThis!Share to TwitterShare to Facebook