A man with a hearing disability from Kendal, Cumbria, was arrested after saying 'pig' in sign language to a police officer, a court heard.

South Cumbria Magistrates Court was told that police were called to McDonalds on Stricklandgate after reports of a man 'causing difficulties'. Linley Hassan, 25, of no fixed address, refused to leave the restaurant and became 'confrontational' with the police. 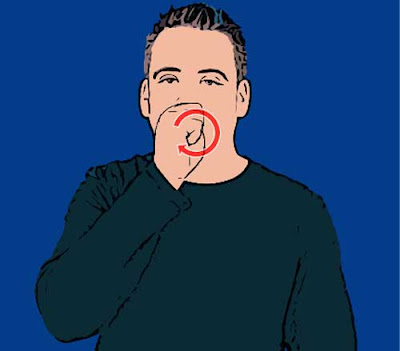 Peter Kelly, prosecuting, said: "He was making a sign that the officer, who understood sign language, knew to mean 'pig'." In mitigation, John Batty said Hassan had had a volatile existence of late and had been going to great lengths to reduce his alcohol intake.

Hassan pleaded guilty to being drunk and disorderly. He was given a conditional discharge and ordered to pay a £15 victim surcharge and a £30 contribution towards court costs.
Posted by arbroath at 6:03 am
Email ThisBlogThis!Share to TwitterShare to Facebook