A couple in Prince Frederick in Calvert County, Maryland, say what was left behind after a tree fell in their yard during last week's snow storm is creeping them out. 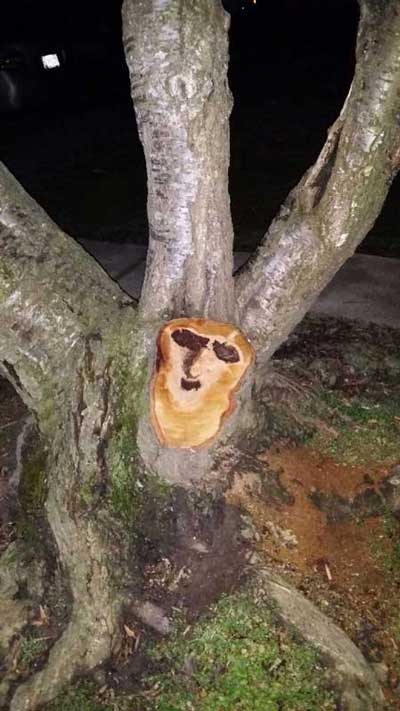 The couple say the storm knocked a branch off their tree, and tree trimmers came to cut the rest of the broken limb down. When they did, this is what was revealed in the tree trunk.

The residents and neighbours insist the image was not created or altered. To many, it looks like the image of a man's face with sunglasses, and a smirk on his face. Some have see a part in his hair, and a beard. 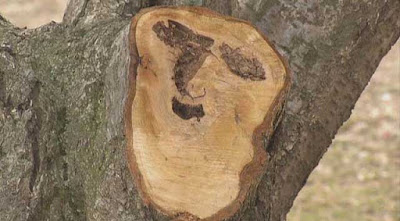 Others have said it looks like a demon. That includes the owners of the property. They call it a "tree demon," and say it's actually scaring them. "It's scary," said one neighbour. "When I leave for work in the morning, it looks like the face is glowing."

Demon face my ass!! That looks like the jesus fresco that was botched by that 80 yo woman.

OMG! pg, I thought _I'd_ be the only one to think that. I wasn't even going to post a comment. Yes, yes, yes! That was my very first thought. Bizarre!

I love the way they write this https://essaydragon.com/blog/writers-block article. Seems like a good idea!