A 54-year-old man allegedly broke into a man’s apartment in Hillcrest, San Diego, early on Thursday and rode off on a stolen electric wheelchair, but was arrested nearby after being bitten by a police dog, authorities said. 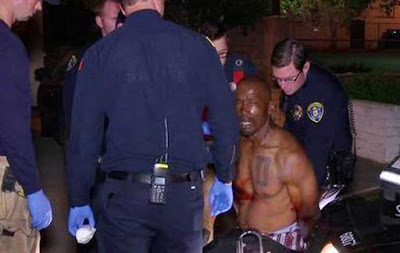 Stanley McQuery allegedly confronted 79-year-old William Ballard at his apartment shortly after 3:30am, pushed him out of his wheelchair and took his phone, San Diego police Officer Frank Cali said. 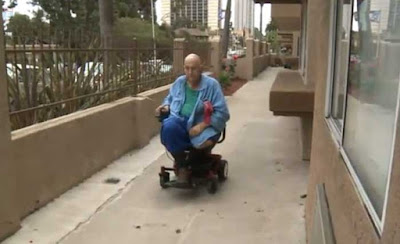 Ballard, who has only one leg, suffered minor injuries. McQuery then attempted to ride the electric wheelchair to freedom, but police officers caught up to him a couple blocks away, Cali said. 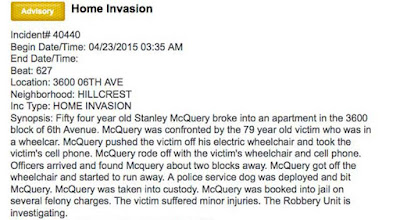 He then ditched the wheelchair and tried to run off, but was bitten by a police dog and taken into custody. Locked up in the San Diego Central Jail in lieu of $105,000 bail, McQuery has been charged with two felonies (robbery and burglary) and several misdemeanors, including elder abuse.