Two men have been hospitalised in Tulsa, Oklahoma, after an alcohol-fuelled argument over whether iPhones are better than Android phones.

Police say a woman found a man covered in blood, stumbling around the parking lot of the Evergreen Apartments at around 1am on Friday. 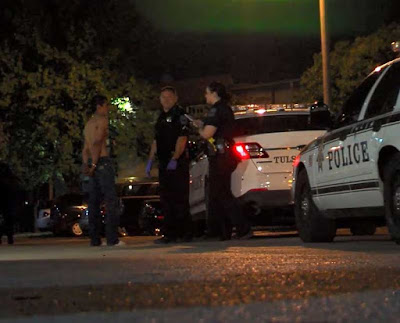 When police arrived at the apartment complex, they learned that the roommates had been drinking and arguing over their mobile phones. Police say the two men broke beer bottles and stabbed each other with them.

One of the men smashed a bottle over the back of the other man's head. Police aren't sure who they will charge or if charges will be filed at this time. Both men are being treated at hospital for their injuries.
Posted by arbroath at 6:04 am
Email ThisBlogThis!Share to TwitterShare to Facebook

There are two types of drunks:

1--the quiet drunk who lazes pleasurably through his self-induced fog and minds his own business.