A would-be thief is facing a jail sentence after he plunged part of a Scottish town into darkness, sustained severe burn injuries and caused more than £60,000 worth of damage when he tried to steal a live 11,000 volt electrical cable. John Maguire suffered horrific full thickness burns to his right hand and wrist after trying to steal the cable in Leven, Fife, in a bid to bolster his finances two days before Christmas. Kirkcaldy Sheriff Court heard his stunt plunged a large area of Leven, including a supermarket and an industrial park, into darkness until Scottish Power engineers fixed it.

The court heard Maguire had caused the cable to explode when he pushed a tester into it to see if it was live. That left a blast mark on an adjacent wall and led Scottish Power engineers called out to deal with it to suspect the culprit would be badly hurt. Police launched a media appeal to find the thief, as well as raising concerns about his injuries. They found him at his home on December 27, 2013 nursing a horrific injury to his right hand, which had not been seen by medics. A Scottish Power insider said: “This was utterly moronic, it’s hard to imagine anything more idiotic than tampering with a live high voltage cable.” 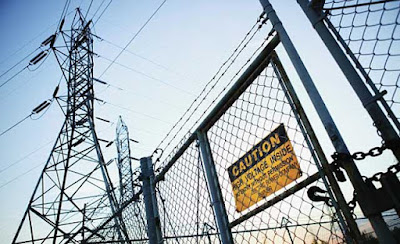 His skin was black and red, with an ambulance then summoned to get him treatment. Fiscal depute Susan Armstrong said: “The cost of damage was estimated at £61,500. She said: “The circuit was tripped around 12.40am on December 23 and was made safe by an engineer. Another engineer found the cable had been broken. The cable carried 11,000 volts and supplied a large area of Leven, including an industrial area and a Sainsbury’s supermarket, which reported a loss of power. Police received anonymous information on December 27 that the accused was responsible and he was traced at his home.

“He had obvious injuries to his hand which was extremely swollen and covered in black and red skin. He later told police he had suffered full thickness burns to his hand and wrist as well as burns to his face and there may be lasting nerve damage. He indicated he was sorry for the bother he had caused and said he had done it because he needed money for Christmas.” Maguire, 54, of Leven, pleaded guilty on indictment to a charge of attempted theft. His not guilty plea to charge of culpably and recklessly tampering with the cable causing danger of injury and death was accepted by the Crown. Sheriff Jamie Gilchrist QC deferred sentence until next month for social work background reports and released Maguire on bail in the meantime.
Posted by arbroath at 6:01 am
Email ThisBlogThis!Share to TwitterShare to Facebook