Teenager killed after being hit by brick thrown by monkey

A 17-year-old has lost his life after he was hit on the head by a brick thrown by a monkey from the top of a building in Chandigarh in Haryana and Punjab, northern India. The victim, Harry, who used to work in a garment store, was standing outside the shop on March 31 when he was hit by the brick reportedly thrown by a monkey.

Harry was rushed to the Post Graduate Institute of Medical Education and Research by the shop owner and his staff, where he succumbed to his injuries on April 4. Paramjit Singh, a relative of the victim, said the brick was kept on the cover of a water tank. “The monkey removed it and threw it down, which unfortunately hit Harry,” he said. 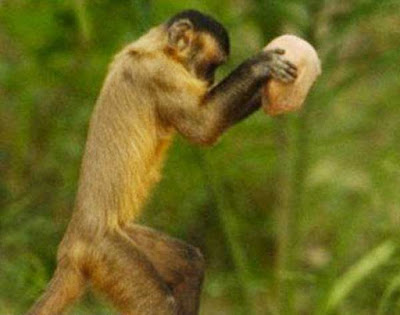 Paramjit Singh blamed the authorities for failing to control the monkey menace in the city. “Troops of monkeys have been scaring residents with their terrorising antics,” he said. Harry is survived by his parents and an elder brother, Happy, who also works at a shop in the Shastri Market.

“With the death of Harry, the entire family is dependent on Happy now,” said his uncle Babu. Inspector Uday Pal, SHO of the Sector 17 police station, said the postmortem of the victim was conducted after which his body was handed over to the family. “A head injury was the cause of the death,” he said.
Posted by arbroath at 6:04 am
Email ThisBlogThis!Share to TwitterShare to Facebook