A woman was walking past the bus stop in Heather Road at 12.30am on April 16 when she noticed the man, who she described as being a white, in his late 50s and balding with light grey hair on the sides. 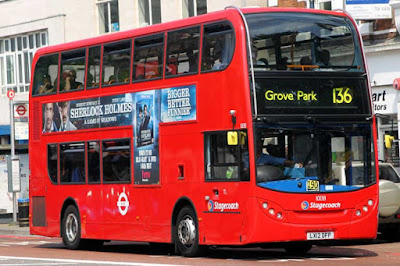 The woman, who cannot be named, said: "When he saw me, and I saw him, I started running and he started making the most awful grunting sounds and became quite aggressive with his willy.”

The woman added: "Even though he never chased me, who's to say he won't chase the next young woman and do something more aggressive." A police spokesman said: "We were called to reports of a naked man outside Grove Park station playing with himself. When officers arrived the man had made off, the area was searched but officers were unable to locate the man."
Posted by arbroath at 6:01 am
Email ThisBlogThis!Share to TwitterShare to Facebook

If they know he is a White, they just have to look him up in the phone book.