For patient WO today is always Monday, March 14, 2005. He can remember everything up to that date. But since then the 38-year-old can only hold memories for 80 minutes. Then they are lost. But he has not suffered brain damage nor is he faking and his condition is baffling experts. Patient WO, referred as William, is the subject of a study by his doctor Gerald (Jerry) Burgess from the University of Leicester.

William is stuck in an endless loop of waking up and thinking he has a routine dental appointment to go to. He can recall everything until 1.40pm on the day, while serving in Germany a decade ago, when he was injected with anaesthetic before a root canal treatment. Dr Burgess believes his condition is unique and needs a new classification in the field of amnesia. He said: "He wakes up believing he should still be in the military, stationed abroad. "Every day he thinks it is the day of the dental appointment. Each morning he is prompted by his wife to check his computer, on which the family has listed, and keep updated, key facts he should be aware of. 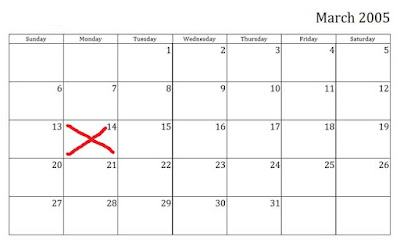 "Some events that have occurred since the onset of his condition in March 2005 continue to elicit genuine surprise or astonishment." William's symptoms are similar to patients suffering from what's known as anterograde amnesia. This is when damage to the bilateral hippocampal or diencephalon regions in the brain cause short spans of awareness as well as complete and rapid memory loss. Typically it is brought on by a specific event or trauma and causes patients to loss the ability to create new memories after this event, while long-term memories from before the event are clear.

Without the presence of brain damage or changes, the experts believe the cause of amnesia in William could be a breakdown of protein synthesis in the brain. Another explanation is that he is faking it. But Dr Burgess, who has known William for 10 years, has dismissed that. According to Dr Burgess, William manages his daily life and generally remains oriented throughout the day through continuous access to an electronic diary and prompts. But Dr Burgess says William does not fit any current classification of amnesia. He said: "Overall, this brand of amnesia needs another diagnostic or classification category than any currently existing."
Posted by arbroath at 6:03 am
Email ThisBlogThis!Share to TwitterShare to Facebook

Obviously that trip to the dentist was traumatic.

Funny that the experts are baffled, but you know the answer. Where did you get your doctorate in brain surgery, Bruce?

This reminds me of the movie Memento.