A Californian man has proudly displayed a slab of barbecue ribs he saved after a fire ripped through an apartment adjacent to his. 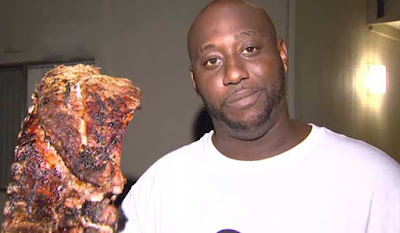 After escaping the fire in the Fresno apartment, Robert Wright approached a crew from local news station KMPH Fox 26 and told them of the moment he sprang into action. “The only thing I think first is ‘make sure them ribs is right’ and ran over and got my family man,” Mr Wright said. 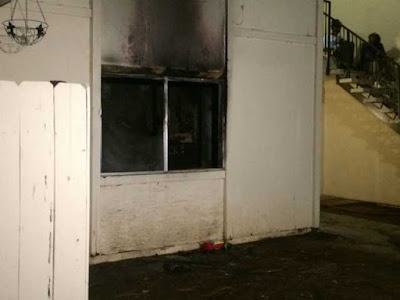 He managed to get his wife and children out of the house, along with the ribs, while a woman and child who were in the burning apartment managed to scramble out the window. The blaze broke out at 3am on Tuesday, and Mr Wright was quick to explain why he was barbecuing at such a peculiar time.

“It was three o’clock in the morning, I was hungry man, I was like put them ribs on there,” he said. The two occupants of the burning apartment were taken to hospital for smoke inhalation, although Mr Wright said he had no need for treatment. “I didn’t get any injuries except for all the smoke in my lungs, but I already had smoke in my lungs so I’m alright,” he said. “I’m gonna enjoy this barbeque and have a good night.”
Posted by arbroath at 6:07 am
Email ThisBlogThis!Share to TwitterShare to Facebook

Oh my God, this is fantastic. My favorite is the line at the end about the all the smoke in his lungs.

So at 3am a fire starts in the apartment adjacent to one at which some dude happens to be BBQing ribs?