A Kenyan man who breezed past exhausted competitors to a second-place marathon finish was arrested by police after they realised he had simply hidden in the crowd and only joined in the final stretch of of the 26-mile race. The man, identified as 28-year-old Julius Njogu, will face fraud charges for cheating his way into second place at Kenya’s Nairobi International Marathon. 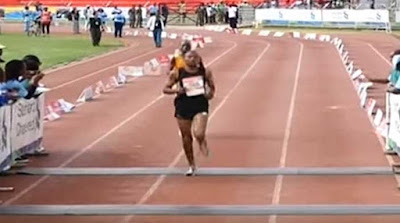 Njogu claimed second place in a sprint finish after passing other runners in the final stretch at Nyayo National Stadium. He was in line to claim around $7,000 in prize money before being caught out and disqualified. Officials said they became suspicious because Njogu showed no signs of fatigue and was not sweating when he had supposedly just run 42 kilometres (26 miles). 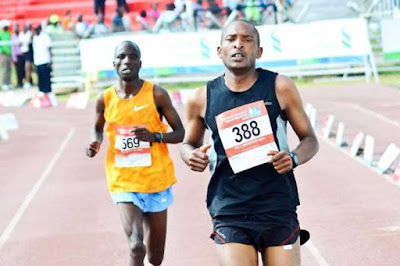 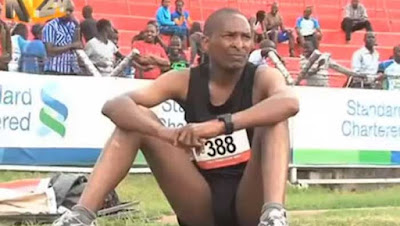 They discovered that he’d run barely one kilometre after emerging from a bunch of onlookers and joining the leading group of runners just outside the stadium. Through the final few metres, Njogu jogged easily past a weary-looking Shadrack Kiptoo to cross second. Joshua Kipkorir won the men’s race in two hours, 13 minutes and 25 seconds. 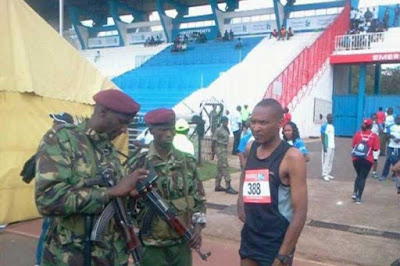 Njogu then argued with race officials, even removing his running shoes in an apparent attempt to show organizers blisters on his feet to prove he’d run the entire course. “I followed the leading team from start to finish and I didn’t see him,” said race director Ibrahim Hussein. “He will not be recognised and I’m so disappointed that one can cheat in this modern age. He didn’t finish second.”
Posted by arbroath at 6:03 am
Email ThisBlogThis!Share to TwitterShare to Facebook