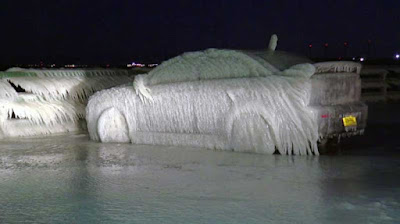 With freezing temperatures and wicked winds on Sunday night, water covered the car, which turned to ice. 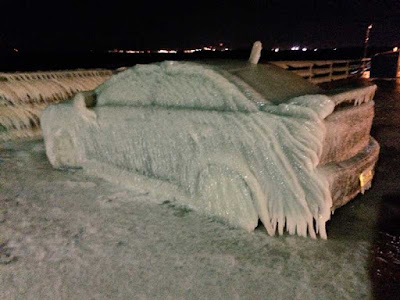 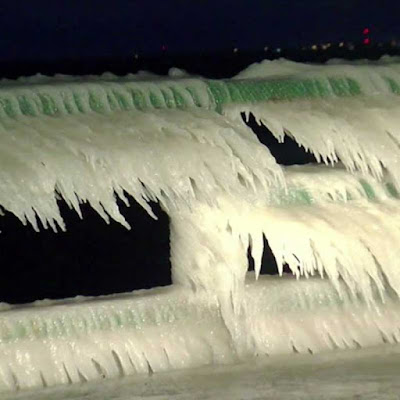 The car's owner, 24-year-old Justin Yelen says he left the car overnight because he was having a few drinks with friends, and didn't want to drive.

He says he had no idea this was going to happen. Yelen says for now, he's going to have to get rides from his parents. His dad is trying to figure out how to get the car out.
Posted by arbroath at 6:07 am
Email ThisBlogThis!Share to TwitterShare to Facebook

Ha ha surprised to see my hometown featured on your blog!!! We got nearly 2 ft of snow from that storm and more snow's on the way today thanks to the effects of the Lake Erie snow generator. That poor kid's stuck for a while. God bless him for not drinking and driving.

I remember seeing similar pics from Switzerland a few years ago, of cars and various benches/lamp posts. It chills me to the bone just looking at the pictures! KaraBoo in Ohio

Salt, lots and lots of salt.