Town seeks hairdresser after years without one

It's a situation that people in Norman Wells, in the Northwest Territories, Canada, call "desperate." It's threatening relationships, creating messes and, worst of all, it's making for some really bad haircuts. The town hasn't had a permanent hairdresser in years. "Whenever I get out of town, that's like the first thing, 'Oh my God! I'm going to get my hair done!'" laughs Nicky Richards, the economic development officer for the town of about 800 people. It's a unique, small-town problem, something people in Norman Wells say they took for granted when they had a permanent hairstylist. Richards says she's going public with their plight, in hopes of attracting the right person, and improving local 'dos. 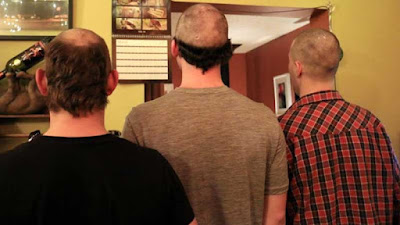 "We have a couple of shaggy people around here for sure," she says. "I cut my boss's hair all the time. We had a friend that lived out in the bush that every time he'd come in I'd cut his hair. I cut my husband's hair. But I mean, it's just with the clippers, I'm not a hairdresser, so everybody's got the same kind of buzzed haircut!" According to Richards, most people wait months to deal with their shaggy manes when they travel south. Otherwise, they're doing it themselves, or handing the scissors to trusted friends. "Especially women, they turn to trying to dye their own hair with the box dyes," Richards says, "which is usually a mess and nobody ever wants to do that. "Everybody likes to go to their hairdresser and get their hair done," she says.

Syrah Ball, who works for the Town of Norman Wells, says she's thankful she can trim her own long locks without too much risk. "I know a lot of the guys in town have tried their own clippers on their hair. Sometimes it works, sometimes it doesn't," Ball laughs. "I've tried to do it for them sometimes too, but I don't feel comfortable," she says. "I don't want to be responsible for that if it turns out bad." Ryan Spurrell is one such friend. Ball watched him take matters into his own hands last spring. "I was in desperate need of a haircut," Spurrell laughs. "So we just did it in Syrah's front yard there, down by the parking lot, with a pair of sheep shears and some scissors." But not having a regular hairdresser doesn't seem to faze him as much as the others. "It was fine by me, I really didn't care." 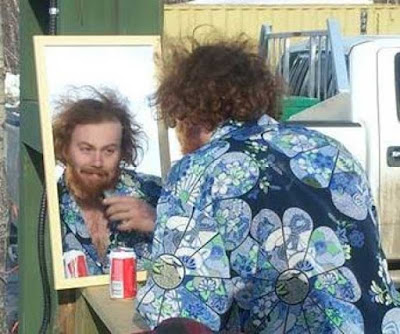 Richards says the town has a spot that a hairdresser could walk right into, at the Yamouri Inn, complete with a chair, mirror and sink. The coiffure would just have to pay a reasonable monthly rent. "I know that the hairdressers that were here before, on a long-term basis, were always busy," Richards says, because they also service the surrounding communities of Colville Lake, Fort Good Hope, Deline and Tulita. "When anybody from the whole region needs their hair cut, they come here," she says. Richards has been spreading the word and encouraging other townspeople to do the same. "Whoever's doing my hair [down South], I'm like 'gee you should come to Norman Wells,'" she laughs. Richards says it would be a great opportunity for someone to come for a year or two, but until then, she'll have to wait until her next trip south to get her hair done. "I'm going to have six months worth of roots that needs to be done!"
Posted by arbroath at 6:04 am
Email ThisBlogThis!Share to TwitterShare to Facebook