A prosthetic leg, a life-sized Spiderman doll and "enough musical instruments to form a band" have been left behid on London's travel network. More than 600,000 items were left on the capital's trains and buses last year as Transport for London received a record haul of missing goods. Aside from the more peculiar finds, thousands of tablets, umbrellas and wallets were also handed in to TFL's lost property office - described as a "wonder emporium" by manager Paul Cowan. Alongside the daily haul of around 150 mobile phones, the office has received a full-size house carpet, a judge's wig and a hoard of musical instruments including drum kits. 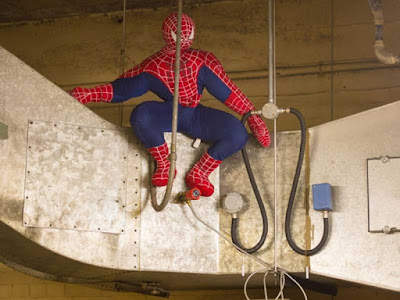 Last year 22% of the 302,714 items handed in were returned to their rightful owners including a brown envelope containing £15,000 and an urn of ashes that had been kept by workers at the lost property office for almost seven years. Mr Cowan, who calls his job "one of the best", said the number of items lost on the network would increase as more passengers used the service. "The number of properties lost is fascinating, every day we're getting well over 1,200 items of property found across the network, it's staggering," he said. 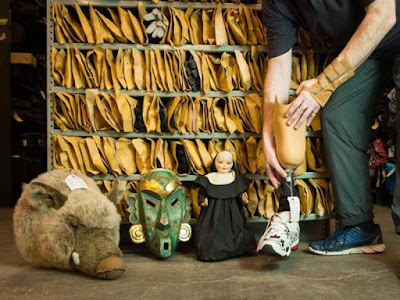 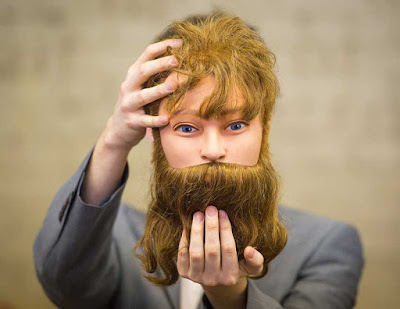 "The volume continues to go up as the number of people living and travelling in London increases. Every item that comes in here has a definite story behind it. There's the usual suspects, umbrellas, hundreds of books and documents and travel passes, but dispersed amongst that there is all the things that make you scratch your head, what were they doing carrying that or what were they doing with it. We've had urns of ashes come through, bundles of notes, we've got enough musical instruments, guitars and trumpets and flutes and clarinets, even drum kits to start our own band."

All items handed in to TFL end up at the three-storey building next to Baker Street station and are stored for three months before being donated to charity, sent to auction or recycled. Each year thousands of umbrellas, items of clothing and bags are donated to the British Red Cross, Scope and the Salvation Army through the scheme. Mr Cowan said: "There are many successes and it is one of the most gratifying parts of the jobs, because it is not just us involved. It could be the cleaner who finds the item on a train or a bus, it could be another passenger, it could be a member of TFL staff. Getting the item back to the customer and seeing the smile on their face is fantastic."
Posted by arbroath at 6:00 am
Email ThisBlogThis!Share to TwitterShare to Facebook

"Items are stored for three months before being donated to charity, sent to auction or recycled." Really? "Items handed in were returned to their rightful owners including an urn of ashes that had been kept by workers at the lost property office for almost seven years." Something does not add up.

It's called discretion. Who would want to buy an urn full of ashes? No one but the owner would want it so extra time is given to retrieve it.