A statue of railway engineer Sir Nigel Gresley has been unveiled at King's Cross station - with the notable absence of a duck to keep him company. A mallard was originally included as Sir Nigel liked breeding water fowl and locomotives he designed, including Mallard, were named after birds. But, the Gresley Society Trust changed the design because two of his grandsons thought the duck was "demeaning". 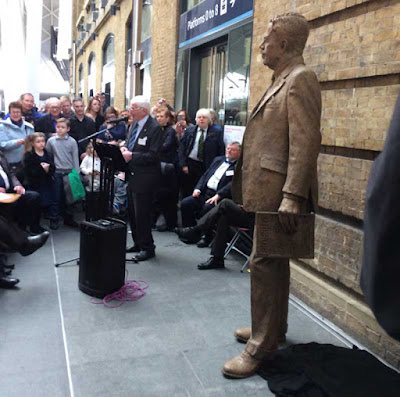 It was not reinstated and three trust members resigned. The decision not to include the divisive duck was taken despite a campaign and petition. Philip Benham, vice-chairman of the Gresley Society Trust, said: "We acknowledge that the duck was quite a clever idea but on reflection we didn't feel it was appropriate. If you look at how it would appear your immediate reaction would be one of amusement. We felt that it didn't properly portray what this is about, which is a great locomotive and railway engineer." 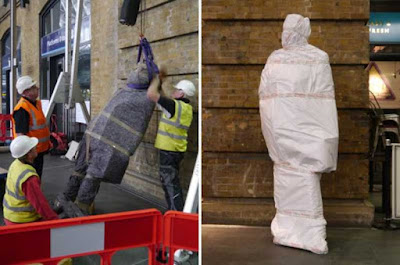 Network Rail chairman Sir Peter Hendy unveiled the statue with members of Sir Nigel's family. It was unveiled on Tuesday, the 75th anniversary of Sir Nigel's death, a few yards from where he had his office. The decision to remove the duck has divided the Gresley Society Trust, and the previous vice-chairman, Andrew Dow, resigned over it. Nigel Dant, who had the idea of putting the statue at King's Cross, also resigned. 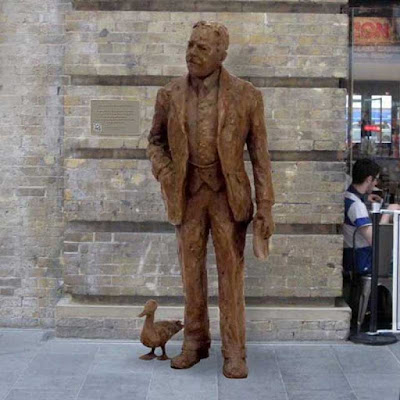 The society's former publicity officer Dennis Butler, who resigned too, said removing the duck was "madness". He said the duck would have drawn people to the statue - including those who have not heard of Nigel Gresley, but have perhaps heard of Mallard. "Sir Nigel Gresley and Mallard are synonymous around the world," said Mr Butler. Kevin Tribbensee, a distant relative of Sir Nigel, travelled down from Derbyshire for the unveiling. "I quite like the idea of the duck to tell you the truth," he said. "Some people think it demeans him but I don't think so."

There's a short video of the statue's unveiling here.
Posted by arbroath at 6:00 am
Email ThisBlogThis!Share to TwitterShare to Facebook