The organisers of a swingers festival in Gloucestershire say they will welcome a disgruntled customer back to future events even though he took them to court. It follows an eight-month row over a refund for tickets to this year's event. Roy Maggs took the owners of Swingfields to Gloucester County Court after they refused to refund his ticket for 2016's Swingfields when he could not provide character references needed to attend the erotic three-day bash. The 49-year-old accountant from Plymouth told the court he was keen to be one of the 500 people attending the annual event after finding it quickly sold out in previous years. 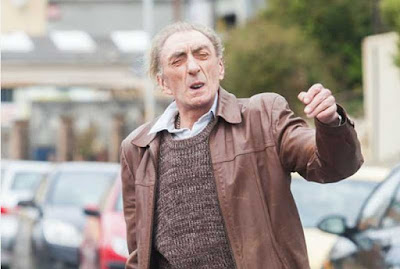 Last year villagers in Flaxley in the Forest of Dean were stunned when the large campsite was pitched up for a weekend of adult-rated activities. The year's festival runs from June 30 to July 3 with the location kept secret to visitors until a few days before. But Mr Maggs said in his haste to apply for tickets he did not read the guidelines before stumping up the £127.85p fee for the Early Bird Gentleman's ticket in September. In the small print it said Roy would need two references from fellow swingers on website fabswingers.com as well as a photo on his profile. Neither were available on his profile and the owners Deborah and Stuart Wilson from Highnam said he could not attend or get a refund. 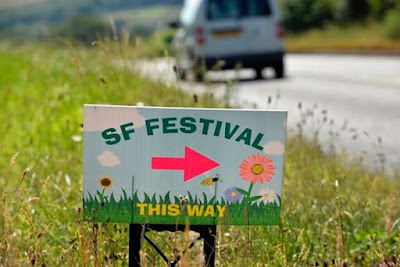 But Mr Maggs told district judge Woodburn he did have those references and even offered to show him his swinging profile, which the judge declined. As well as providing references for people the profiles also show members' sexuality, interests and preferred partners. During an adjournment at the court Mr and Mrs Wilson were shown new references by Mr Maggs and accepted his ticket was valid and he could still come. "If we were shown this references at the start this would not have been a problem," said Mr Wilson. "We will welcome him to the festival it's what he as paid for and it's a sociable festival. Because of the nature of the event personal security and respect and a certain understanding and trust is needed so we need to know who is coming. 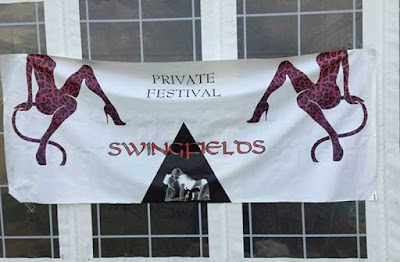 "What we need from single gentleman is verification, essentially a character reference." But Judge Woodburn refused Mr Maggs' claim for his money back because he said the owners had not breached their contract. "You Mr Maggs did not see the verification process before but that's not an error on their part. You ran the risk of not being validated for the event until such verification took place," he said. "I hope I have been as fair as possible to both sides and I hope you can go and still enjoy the event." The case has been adjourned until July 29 and if no other issues arise between the defendants and the claimants by then the case will be thrown out. No costs were given to either party. Previously held in Worcestershire, the festival caused complaints from nearby residents about loud music and concerns it would be there to stay.
Posted by arbroath at 6:00 am
Email ThisBlogThis!Share to TwitterShare to Facebook

I hope the age is a mistake because that is the oldest looking 49 year old that I have ever seen.

I wondered about that too, Shak, but there are quite a few news reports about him and they all state his age as 49.

Maybe they were measuring in decades, 'cause that dude's older'n Noah.

I guess he's not a very good advertisement for being a swinger.