A woman arrested on Saturday night for stealing a sex toy, lubricant, and a “vibrating penis ring” from Walmart told police that she was “too lazy” to pay for the items, which she had stashed in her purse. 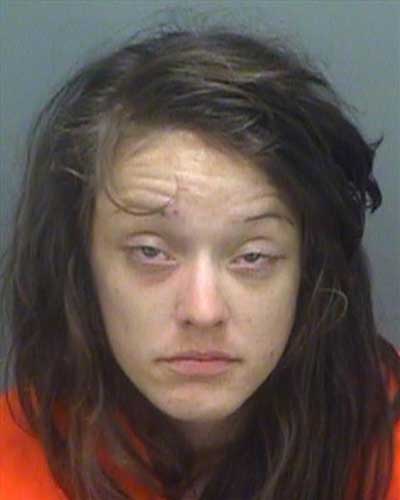 Therasa Prine, 25, was arrested after exiting the store in St. Petersburg, Florida, according to an arrest affidavit. While Prine paid for some items, she allegedly sought to take some other goods.

These included a Trojan Ultra Touch personal massager, K-Y Intense Arousal Gel, and a LifeStyles vibrating ring. In addition to a shoplifting count, Prine is facing narcotics charges since police found marijuana and the painkiller Dilaudid in her purse.

Prine bonded out of jail on Sunday after posting $4250. Prine’s has previously been arrested for grand theft, domestic battery, marijuana possession, resisting arrest, morphine possession, driving with a suspended or revoked licence, and possession of drug paraphernalia.
Posted by arbroath at 6:05 am
Email ThisBlogThis!Share to TwitterShare to Facebook

They sell those things at Walmart?

I'll have what she's had.