A man has been jailed for stealing a giant elf from a church in Wales. Sam Smith, 24, from Swansea, stole the 3ft tall festive elf along with tinsel and fairy lights after breaking into a village church. 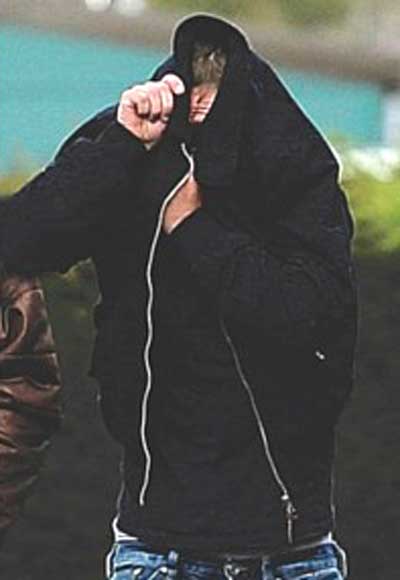 A court heard Smith and a girlfriend used bolt cutters and an axe to get into St Gwendoline's Church, Llyswen, Powys, to wreck its festive display. The pair were seen by estate manager Gavin Hogg as they were leaving the church, but they told him that they been "inside the church to pray". 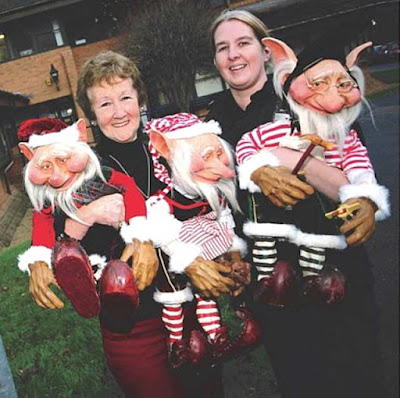 Magistrates were told Mr Hogg informed the church warden who in turn called police who found Smith in his car. Prosecutor Steve Davies said when police stopped Smith's car and opened the boot they found the elf, worth £200, staring back at them. Mr Davies said: "The car was stopped and a yellow axe and bolt croppers were located in the vehicle. 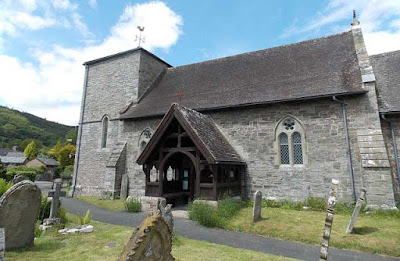 "Upon a full search of the car a large elf ornament was found, along with other Christmas decorations in a clear grip bag." Smith pleaded guilty to theft, attempted theft and going equipped for theft, as well as driving while disqualified and driving without insurance at Brecon magistrates. The woman with him was not charged. Smith, of Mayhill, was jailed eight months and ordered to pay £20 compensation. He was also banned from driving for 12 months.
Posted by arbroath at 6:04 am
Email ThisBlogThis!Share to TwitterShare to Facebook