A naked man who climed over a fence at Miami International Airport in Florida said he did so because he wanted to go back to Cuba.

Ricardo Nogales, 47, was arrested on Wednesday afternoon on a breach of security charge after he jumped the perimeter fence at MIA and entered the restricted airfield area, according to a Miami-Dade Police arrest report. 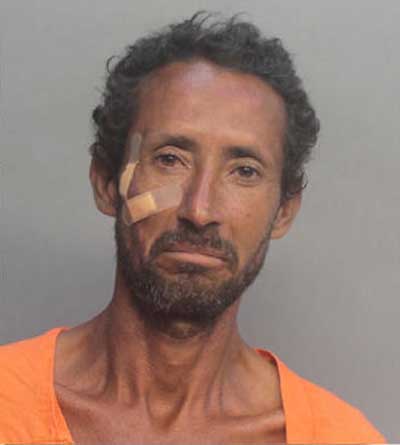 The report said he is Cuban and unemployed. Officers found Nogales naked and trying to enter an airport hangar. He said he jumped the fence because he wanted to go back to Cuba.

The 8-foot high fence has barbed wire and multiple "No Trespassing" signs. Nogales was booked into jail.
Posted by arbroath at 6:07 am
Email ThisBlogThis!Share to TwitterShare to Facebook