Louisiana Department of Wildlife and Fisheries enforcement agents recently cited a man for alleged amphibian violations and arrested a woman for alleged drug violations in Evangeline Parish. Agents cited Kirk Reed, 41, and arrested Crystal Jones, 40, both from Baslie. Reed was cited for collecting frogs without a basic fishing license and selling frogs without a reptile and amphibian collector’s licence. 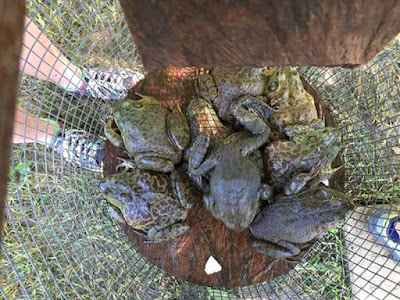 Agents were in the process of seizing 40 frogs' legs from Reed’s truck when they smelled a strong odour of marijuana emitting from a purse that belonged to Jones sitting next to the container of frogs' legs. After receiving permission to look in the purse, agents discovered Jones in possession of marijuana, methamphetamine, a number of pills without a prescription including tramadol and drug paraphernalia.