Christine Loughead was in her local grocery store in Red Lake, northwestern Ontario, Canada,when she spotted a lobster in a tank. The lobster was alive, destined for someone's dinner plate. "It weighed on my psyche more and more," said the long-time vegetarian-turned-vegan. "There's this live being who, it's not too late to help. He's alive." She bought the lobster for $20.23, took it home and wondered what to do next. After some Googling, she realised the lobster most likely came from Nova Scotia, and thought it would be better to return it to the ocean than to keep it in a tank. 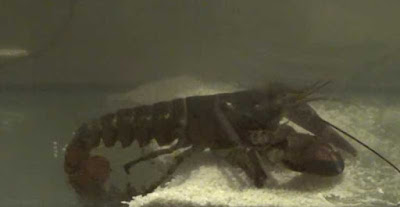 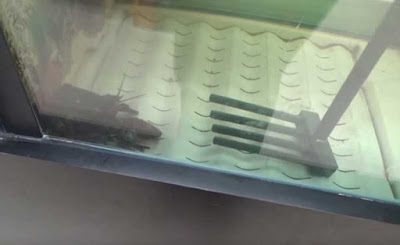 Loughead posted a message on a Facebook group for vegans in Halifax, looking for someone who could put the lobster back in the ocean if she could get it to Nova Scotia. ​Beth Kent of Bridgewater answered the call. She stopped eating meat after she helped found the town's first animal shelter 35 years ago and is passionate about helping all living beings. "I admired her so much for caring," Kent said of Loughead. Loughead then drove six hours from her home to the UPS store in Winnipeg, which ships live animals. She spent $225 to send the lobster all the way to Halifax, where Kent picked it up. 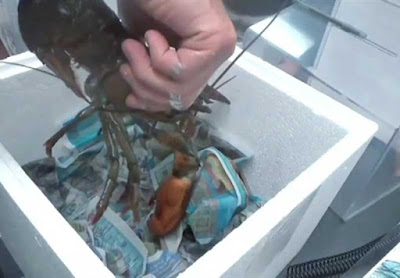 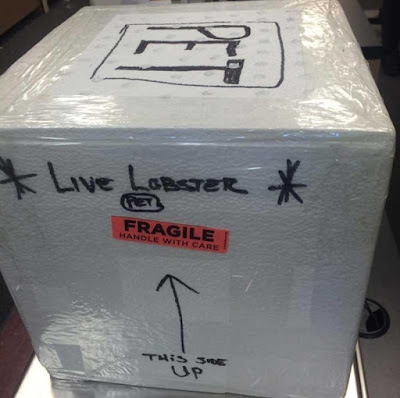 "The man in UPS had no sense of humour at all!" Kent said with a laugh. The lobster was packed in a Styrofoam box with cold packs and wet newspaper. Kent said she was relieved to see it was still alive and moving after the 24-hour journey. She drove the lobster to a spot she thought would be a good place to release it into the ocean, but changed her mind when she saw a fishing boat on the horizon. Kent then found a small cove where she thought the lobster would have better chances and put it in the water. "All of a sudden, he straightened out and walked over the rocks," she said. 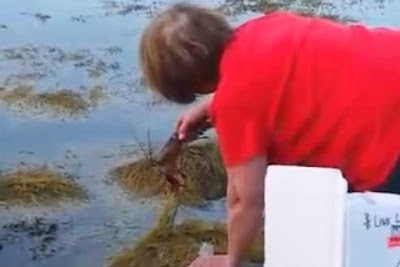 Back in Ontario, Loughead was relieved to hear the lobster completed the long, strange journey. Kent said she has no ill will towards fishermen and was just happy to help this lobster. "I know a lot of farmers and lobster fishermen who are lovely people, they just think differently than I do," she said. "That's what they're used to and that's what they do." Loughead said she believes this particular lobster's life mattered, like all living things. "It's a food animal to [most] and it's not an attractive animal, but I tell people to close their eyes and picture something cuter waiting to die in the deli section," she said. "I'm pretty sure you'd have an impulse to do something."
Posted by arbroath at 6:03 am
Email ThisBlogThis!Share to TwitterShare to Facebook

Gee at 225$ to ship a lobster that person has money to spend. Lobster is good with garlic butter.. miam

Wonder how many African children could have been fed/sent to school/had clean water for the cost of setting a lobster free. #priorities

@Anonymous I wonder how many you could have fed and sent to school instead of browsing the internet making snide comments? I'll go ahead and call you a hypocrite without resorting to the use of a hashtag on a normal website outside of twitter.