A Seattle man is facing an indecent exposure charge after allegedly attempting to scan his genitals at a grocery store on Wednesday afternoon. According to police, Christian Fisher, 31, entered the Quality Food Center market in Capitol Hill at around 5pm and proceeded to a self-checkout scanner. He then summoned over a female employee, a Seattle Police Department report states. 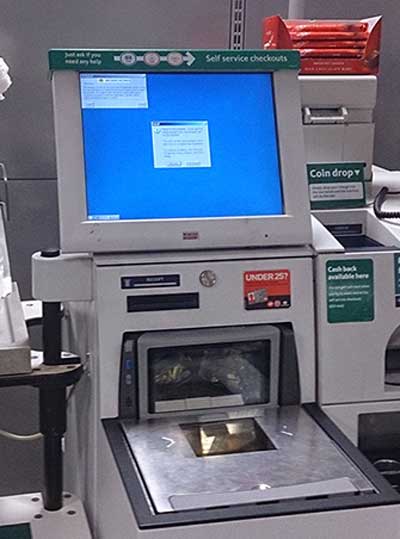 When the woman approached Fisher, officers noted, “she saw that his penis was out on the stand.” The employee said she “reacted with surprise,” which caused Fisher to laugh. A male employee said that when he saw his female coworker “reacting to something on the checkout stand,” he “walked over to see what the issue was.” The “issue,” he told police, was Fisher’s penis, which was “resting on top of the scanner.” 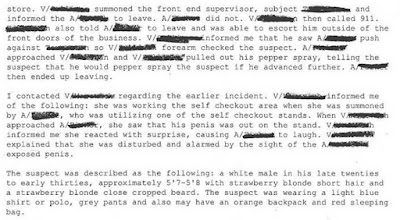 The suspect, the report notes, “was laughing and did not make any attempts to stow away his blatantly exposed genitalia.” Fisher fled the business before police arrived, but he returned several hours later and was confronted by workers who recognised him from the earlier incident. Fisher, officers say, ignored employee demands that he leave the store and got into a shoving match with security trying to escort him from the premises.

Police subsequently apprehended Fisher about a block from the store. Told that he was under arrest for indecent exposure, Fisher “became agitated and yelled ‘I didn’t whip my cock out!’” He was later booked into the county jail on the misdemeanor count and an assault rap. According to jail records, Fisher’s arrest on Wednesday night was his fourth this month. He has previously faced on burglary, assault, and obstruction charges.
Posted by arbroath at 6:05 am
Email ThisBlogThis!Share to TwitterShare to Facebook