A man accused of defecating during a burglary at a coffee shop in Canberra, Australia, has been found not guilty, despite his soiled underpants being found at the scene of the crime. Wesley Matthew King was charged with four counts of burglary-related offences after Lonsdale Street Roasters in Braddon was broken into in late 2014. 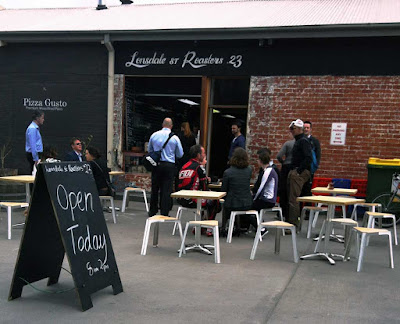 When police investigated the break-in they found a pair of soiled underpants in the shop's office, along with papers smeared with faeces. Nearly $4,000 cash, an iPod and car keys were stolen from the office safe, while an electronic point of sale cash machine and till drawer were missing from the cafe. 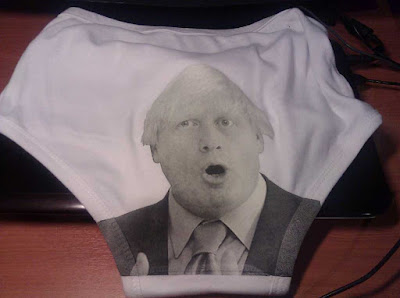 In her judgment, Chief Justice Helen Murrell said she could not discount the possibility that someone else had been wearing Mr King's dirty underpants. "I am not satisfied that guilt is the only available rational inference," she wrote. "There is, for example, a reasonable [albeit small] possibility that the burglar was someone else who was wearing unwashed underpants that had previously been worn by the accused." She found Mr King not guilty of all charges.
Posted by arbroath at 6:02 am
Email ThisBlogThis!Share to TwitterShare to Facebook

I like the pants image. Though I'm not sure I'd care to have such a creature anywhere near my nether regions.

Beneath his 'comedic', bumbling, veneer he's an extremely nasty piece of work.

The distinct possibility that he could become Prime Minister sooner rather than later is very worrying.

For any non-Brits, this is the person on the underpants ... https://en.wikipedia.org/wiki/Boris_Johnson

I always wondered how he managed to be mayor of London. He always looks awkward. His clothes never fit him right, and his hair is always a mess.