A man is facing charges for allegedly striking his brother-in-law with a Samurai sword in a dispute over marijuana. According to police, the incident happened at around 12:30am on Thursday at the home of the suspect’s sister and brother-in-law in Monessen, Pennsylvania. 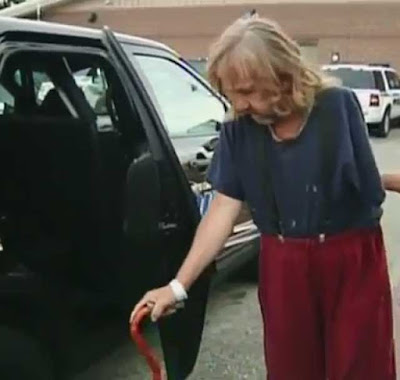 The suspect, 51-year-old Todd Clark, attempted to hit his sister, Amelia Garey, with a cane when she asked him to refrain from smoking marijuana in the house. “We won’t let him have it here in our house or on our property,” said Bill Garey, Clark’s brother-in-law. At that point, Garey became involved. 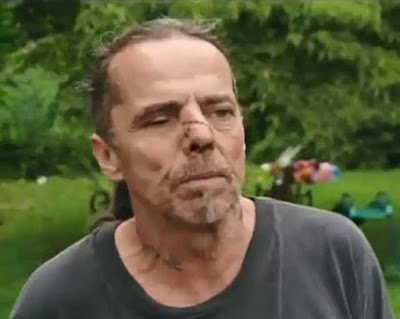 “He went to hit her on the back of her head with his cane. I wasn’t going to stand there and let him hit my wife,” Garey said. According to the affidavit, Clark retrieved a Samurai sword from behind his bed and told the victim, “Bring it on [expletive].” “He already had the sword waiting,” said Garey. “I actually thought he hit me with his cane.” Clark allegedly struck Garey in the face with the sword.

Bleeding profusely, he was taken to UPMC Presbyterian Hospital, where he required several stitches. “They’re sharp. Trust me, they’re very sharp,” Garey said of the sword. “I don’t know how many stitches they did.” Clark, who lost his left arm after a stroke, is facing a list of charges including, attempted homicide, aggravated assault and reckless endangerment. He is currently being held in the Westmoreland County Prison on $50,000 straight cash bond.
Posted by arbroath at 6:06 am
Email ThisBlogThis!Share to TwitterShare to Facebook